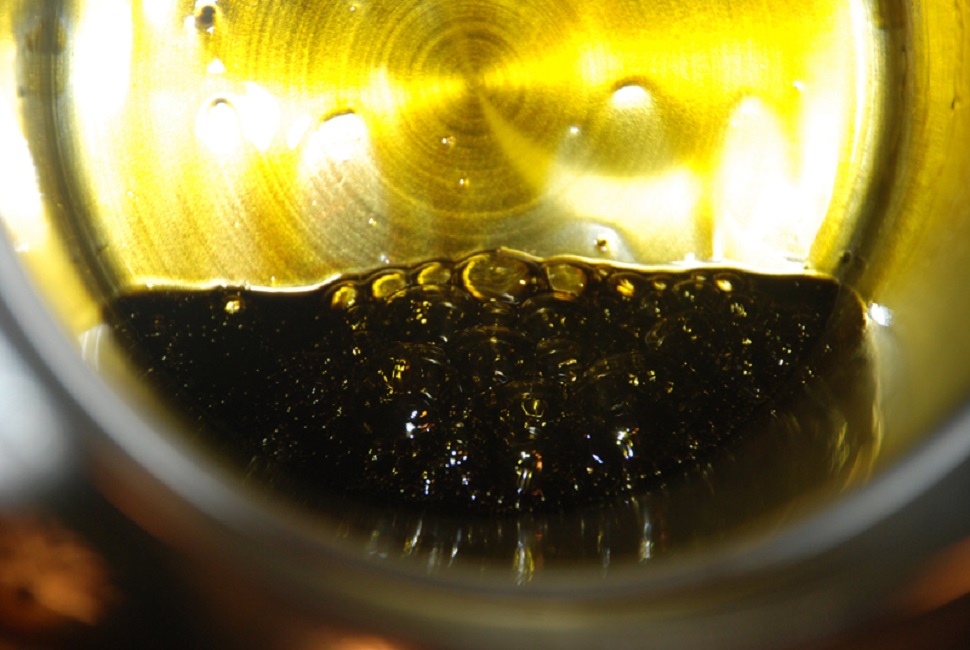 With the cannabis industry reaching new heights and breaking records every single day(!), the interest in its products is rising simultaneously. It’s no longer just one small niche audience that wants to find out what is hash oil, what is CBD, or which strain is best for treating insomnia. The whole world is watching closely what cannabis products are on the offer, and this time we’re going to discuss hash oil.

For those who wish to have an intense experience, hashish oil, also known as hash oil, is very appealing. The rise of vape pens is also responsible for its rising popularity. No one has to know what exactly you are vaping, so it’s very convenient. However, there’s an ongoing debate about their safety at the moment.

We have already explained what is hash in one of our articles on this marijuana concentrate. Hashish is different from oil, however. The following hash oil making instructions are not similar to making hashish—the procedures are quite different. Also, we’ll see if it is worth the trouble and what you can use it for.

Without further ado, here’s all you’ve ever wanted to know about hash oil!

What Is Hash Oil?

In short, hash oil is yet another form of concentrated cannabis. A very powerful thick liquid, if we may say so. Basically, it is a cannabis resin mixed with some kind of solvent (butane, alcohol, petroleum ether, etc.) in order to turn it into an oil. Consequently, hash oil also contains CBD, THC, and all the other cannabinoids and terpenes found in the resin. It all depends on the type of oil.

Speaking of which, when it comes to butane hash oil, the inexperienced may end up with a little too much butane in the final product. That’s definitely unhealthy, so stick to alcohol solvents if you’re not skilled enough.

Hash oil also goes by the name hashish oil, marijuana oil, or honey oil. Obviously, the latter got its name due to the golden appearance, but that doesn’t mean all hash oils look that attractive. The names usually refer to the looks or extraction method. Other similar names are BHO oil, weed oil, cannabis oil, etc.

Hash oil’s looks vary greatly. From not so attractive dark nuances over to golden yellow and even close to pure white. The color depends on the extraction process, i.e. what ingredients are left out or not. For example, white hash oil is the most purified and the strongest weed oil there is, though it is of a pale yellow color.

The honey variant is self-explanatory, while other types include shades of brown or green. These are usually oils that are made with alcohol as the main solvent. Alcohol tends to extract some impurities such as chlorophyll, consequently making the oil darker. Still, fear not, as chlorophyll is harmless to consume.

Hashish oil is nothing like regular CBD oil. As a matter of fact, it may not look like oil at all. Hash oil is very, very thick and sticks to everything it gets in touch with. It can ruin clothes and adhere to most things it comes into contact with. The only thing that will take it off your skin or countertops is said to be 91% isopropyl alcohol or a similar solvent.

Cannabis as a raw plant is non-intoxicating and cannot produce strong psychoactive effects. Pop-culture references to eating a bag of cannabis to hide one’s stash and getting super-high afterward just aren’t true. THCA is the compound found in the raw cannabis plant, and in order to have intoxicating properties, it must first be transformed into THC.

THCA will naturally decarboxylate into THC over a long period of time, but many times you want to speed up the process. To do so, you must activate the THC by heating it. The THCA in cannabis is converted to THC when it is smoked or vaporized to absorb via inhalation, or cooked over a period of time to absorb via digestion.

For edible and topical applications, decarboxylation, or decarbing, allows for faster absorption of the cannabinoid. And with edibles, if you don’t decarboxylate your weed, it’s likely it will not reach maximum potency.

Interestingly, when you decarboxylate weed, it also helps reduce the risk of botulism and other microbiological contaminants by removing the moisture from the cannabinoids and decreasing the chance of bacteria growth.

Concentrates are made using a number of processes including physical agitation, pressure, or use of a solvent. Most processes do not include heat, which means that concentrates contain mostly THCA rather than THC. That’s why you need to combust or vaporize your concentrates to get high.

Hash oil is one of the most classic forms of concentrate. Typically, hash oil is derived by soaking cannabis in some sort of solvent that pulls out most of the cannabinoids from the plant matter. Then, when the solvent is evaporated, it leaves behind a thick, tarlike or oil-like substance that is full of concentrated cannabinoids. However, because the final product was never exposed to heat, it does not yet contain active THC.

Technically speaking, decarboxylated hash oil is only created at the moment of consumption, when you combust it for smoking or vaporize it for dabbing.

How to Smoke Hash Oil

Can this oil be eaten? Sure, you can add it to your marijuana edibles. However, it may be easier to smoke or vape it. Here are some ways to do it, but remember moderation is key and there’s no need to join grim smoking statistics:

The reason why most people are interested in using hash oil in the first place is due to its high THC content. Back in the day, in the 1970s, hash oil used to have only 10% to 30% of THC. However, THC content has increased over the years in regular strains, let alone concentrates. For this reason, nowadays you can find THC oil which has 80% or even 90% of THC.

Of course, the very first association is getting extremely high. Hash oil, as any other concentrate, has a powerful effect on our body. However, there are some side effects as well, which may include:

On the other hand, what is hash oil good for can be summed up in one sentence: it is good for all those conditions that are handled with full-spectrum CBD oil with high THC percentage. Hash oil contains CBD, THC, different terpenes, and lots of other cannabinoids. In case your body responds well to THC, you may use the oil to:

Hash oil benefits abound, but only if you are tolerant of high THC concentrations and if you use it responsibly. Otherwise, you may end up wondering why on earth you would do such a thing as dabbing hash oil. No one has yet died of a marijuana overdose, but the feeling of taking in too much cannabis is far from pleasant.

People seem to always find new ways to enjoy cannabis and add one more chapter to the fun and interesting cannabis history. Hash oil is without a doubt primarily used for the euphoric feeling it creates, though it has medical benefits as well. What is hash oil going to be like in the future remains to be seen. Perhaps a new extraction method will appear, or a new way of consuming it. Whatever happens, we’ll make sure you’re the first to know!