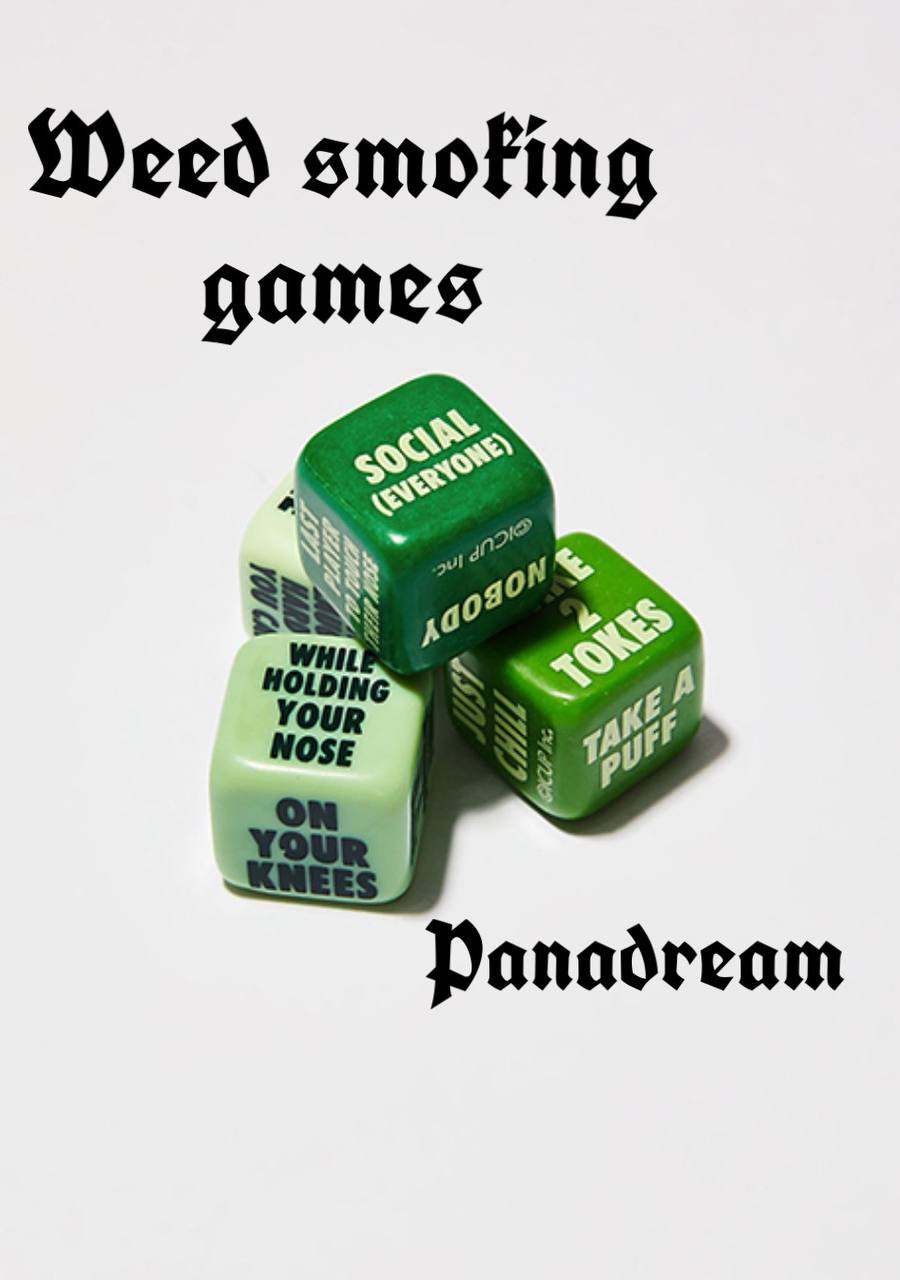 1. Never Have I Ever

his game is simple in its concept but requires that everyone have their own weed. Put on the song Jammin’ by Bob Marley and take a hit every time Mr. Marley says “jammin’” or “jam.” There are a couple times in the song where the backup singers say “jammin’” or “jam,” so you can decide beforehand if you want those to count.

This weed game is pretty self-explanatory. Pick your favorite video game—Super Smash Bros. or Mario Kart work well—and play until there’s a winner. Winner gets to take a puff from the bong while the others have to watch. Play again. Alternatively, the winner could get 2, 3, or 4 puffs while the loser(s) only get one.

Rock Band is great for groups of 2 to 5 players and can be a seriously entertaining way to pass a few hours…and a few joints. If you don’t have Rock Band, you can use Guitar Hero.

You could add any number of different rules, but basically, you pick a score or a percentage and everyone (or the team as a whole) has to be above that number. If you achieve that goal, everyone gets 2 hits. If you don’t achieve that goal, you only get 1 hit (or no hits).

Alternatively, you can go head-to-head (no pun intended). The person with the highest score gets two tokes while the loser gets none. Make up your own rules and rock on.

For those who want to move as little as possible while getting amazingly high, there’s always movie time. First, pick a movie. Then make a rule that when something specific happens or is said in the movie, everyone has to take a hit.

So, for example, if you chose a stoner movie, every time someone smokes in the movie, you all have to puff-puff at home.

This weed game is similar to beer pong but the reward is bud instead of beer. Players attempt to bounce a ping pong ball into a cup of beer. If the ball lands in the cup, the person who made the shot gets to hit the bong while her opponent has to drink the beer. Make up your own rules for an added bit of fun.

Smokin’ Dice is a quick and easy way to have some fun and get high at the same time. Purchase a set of Smokin’ Dice, pack a big bowl of bud, and start rolling.

The four dice give you different combinations of tasks such as, “Player of your choice take 2 tokes then laugh as hard as you can while spinning in a circle” or “You take a puff then do a dance in slow motion.” No remembering a long list of rules, just plenty of smoking fun.

Just as the name of this weed game says, the point is to hold your smoke as long as possible. The simple version is: take a hit and hold it in, pass the ganja to the next person, exhale your smoke when the MJ makes it back around to you. That’s it!

If you can’t hold your smoke, or you choke, before the bud gets back to you, you’re out. There are endless variations of this game so make up your own rules for even more fun. This game can be pretty challenging if you’ve got 4 or more players, or if you really suck at holding your breath, so plan accordingly. At least you’ll be high while you’re doing it so who cares, right?

This one is perhaps the most prep-heavy, although we have seen rumors that an electronic version might be up for sale soon. You’ll need something that spins easily like a spinner from a board game (Twister?) to make this work. Label the spinner with the following tasks:

Take turns spinning and performing the task specified. You can choose a set number of rounds, play until the ganja is gone, or play last man standing.

Strip Choker requires that everyone has their own weed, so plan accordingly. Other than that, the rules are simple. All players take a hit at the same time and hold it in. The first person to let their smoke out (be it by coughing or exhaling in any way) takes off a piece of clothing.

For this weed game, you’ll need the following supplies:

Cover the opening of the jar with the paper of your choice. Secure around the rim with the rubber band (like you would a spoof). Set the penny in the center of the tissue paper and light up your bud. Each person takes one or two tokes (decide beforehand), holds in the smoke, burns a hole in the tissue paper, passes the joint, and then exhales.

Players must burn a hole each time they take their tokes. The person who makes the penny fall is the loser and has to perform some task. We like making them roll the next joint so we can play again, but you can make up your own penalties.

Basically blackjack with weed as the reward. Player(s) closest to 21 in each hand gets a toke or two.