Ways to Drink Your Weed - Weed Recipes
Skip to content 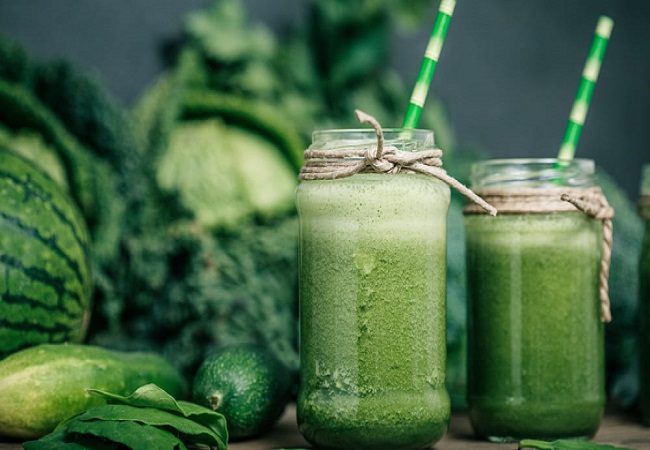 Add “sipping” to the list of ways to enjoy the benefits of weed.

Seedy smoke shops run by the neighborhood hippie are being replaced with sleek dispensaries staffed with knowledgeable “budtenders.” Entrepreneurs are looking beyond brownies and bongs and getting creative with high-end edibles, craft cannabis tours, and even herbal drinks.

That’s right – you can add “sipping” to the list of ways to enjoy the benefits of weed. From infused wines to health-boosting juices, here’s how to enjoy cannabis in liquid form.

Ways to Drink Your Cannabis

Health-boosting juices can be made even greener by adding raw cannabis leaves, which experts believe may improve immune system function and have anti-inflammatory properties. The key here is to use the freshest buds possible, sourced straight from a grower – nothing dry or cured. And because you’re using raw product, you don’t need to worry about actually getting high. According to Samantha Miller, president and chief scientist at cannabis-testing lab Pure Analytics, “it takes a minimum of everyday use to feel the benefits”.

The Denver-based Cannabis Tours company has launched a Wine and Weed jaunt in California’s Bay Area. Those who partake in the tour visit bud grow facilities and dispensaries, and sample traditional wines. Then visitors are given the chance to partake in the form of cannabis-infused wines, like those from CannaVines, a biodynamic vintage blend made by steeping raw cannabis in fermenting grape juice. Another California winery, Rebel Coast, has released a non-alcoholic version infused with THC, promising a buzz without the hangover.

With concerns across the alcohol industry that legal weed could adversely affect sales, it’s no surprise beer companies are also getting in on the act.

A slew of CBD- and THC-infused beers from breweries of all sizes all over the country are in the works or on the shelves. California-based Lagunitas Brewing Co. partnered with Sonoma-based AbsoluteXtracts for its SuperCritical IPA, which is brewed with terpenes, or fragrant oils, from cannabis plants. The duo’s also doing hops-based cannabis cartridges for vape pens) Constellation Brands, which owns Corona and Modelo, has invested $4 billion into Canadian medical marijuana company Canopy Growth Corporation and has also revealed plans to release a cannabis beer. Some, like Colorado-based Ceria Beverages, are brewing up non-alcoholic versions that get you buzzed without getting you drunk.

Denver-based self-styled “budtender” Andrew Mieure runs Top Shelf Budtending, which focuses on the classy side of cannabis consumption. Mieure and his team host private events and even weddings during which he and his team infuse, sprinkle, and pipette drinks with various tinctures and strains to create mocktails, tailoring the dosage to each individual.

“Guests that have consumed alcoholic cocktails oftentimes have their favorites. These smell and taste profiles can oftentimes be very closely replicated with vegetable juice, fruits and herbs,” explains Mieure, adding that they never add more than 5mg of THC per drink.

Bars are also seeing green. In L.A., vegan Mexican restaurant Gracias Madre was one of the first to craft cocktails with terpenes and CBD (which doesn’t get you stoned), while Prank Bar serves a range of libations featuring citrus terpenes, with or without booze.

Bringing a whole new meaning to “high tea”, Kikoko is a line of cannabis-infused herbal teas tailored to specific concerns. One of a growing number of products aimed at the female market, Kikoko’s blends include varying levels of THC and CBD in order to improve mood, decrease pain, or even increase sexual desire.

Made from weed grown in California, and sold at dispensaries across the state, these organic teas are among a raft of new products challenging the stoner stereotype.

What Really Happens When You Mix Alcohol and Weed?

When it comes to drugs, alcohol and weed are among the most commonly used substances. But what really happens when they team up?

Occasionally mixing alcohol and weed — also known as crossfading — likely won’t lead to major health problems. But there are a lot of variables to consider, including which one you use first and how you consume them.

If you aren’t careful, the duo can lead to a case of the spins or a green out, two reactions that can turn a fun night out into a nauseated night in.

It’s also important to remember that people can have very different reactions to the same mix of alcohol and weed. If you’re out in a group, one person’s reaction might be very different than yours.

Read on to learn more about the potential reactions and what to do if you have a bad one.

What happens if you drink alcohol before using weed?

Drinking before using weed can intensify weed’s effects. This is because alcohol increases the absorption of weed’s main psychoactive ingredient, delta-9-tetrahydrocannabinol (THC).

This generally results in a stronger high. While this might be nice for some folks, it can cause others to green out. This refers to a range of unpleasant physical symptoms that can result from a strong high.

Symptoms of a green out include:

Breaking down the research

Turns out, you might not need much alcohol to change the way your body absorbs THC.

In a 2015 study, 19 participants drank either a placebo or small amount of alcohol. Ten minutes later, they used a vaporizer to inhale either a low or a high dose of THC.

The researchers found significantly higher peak THC levels among participants who had alcohol versus those who had a placebo. This was true for both low and high doses of THC.

However, this study was pretty small, making it hard to draw any firm conclusions. Plus, a similar (but equally small) 2010 studyTrusted Source found that alcohol consumption didn’t have much of an effect on THC concentrations.

What happens when you use weed before drinking?

While there’s some research around the effects of drinking alcohol before using weed, there isn’t much about the opposite approach. The studies that do exist are old and mostly inconclusive.

Weed appeared to slow down the rise of blood alcohol levels after consuming a high dose of alcohol. But a 1993 letter to the editorTrusted Source questioned this result.

If using weed does indeed slow the absorption of alcohol, it might also delay feelings of drunkenness. This might seem like a good thing, but it makes it harder to know how impaired you really are.

For example, you might feel like you’re good to drive, but your blood alcohol level may be well over the legal limit.