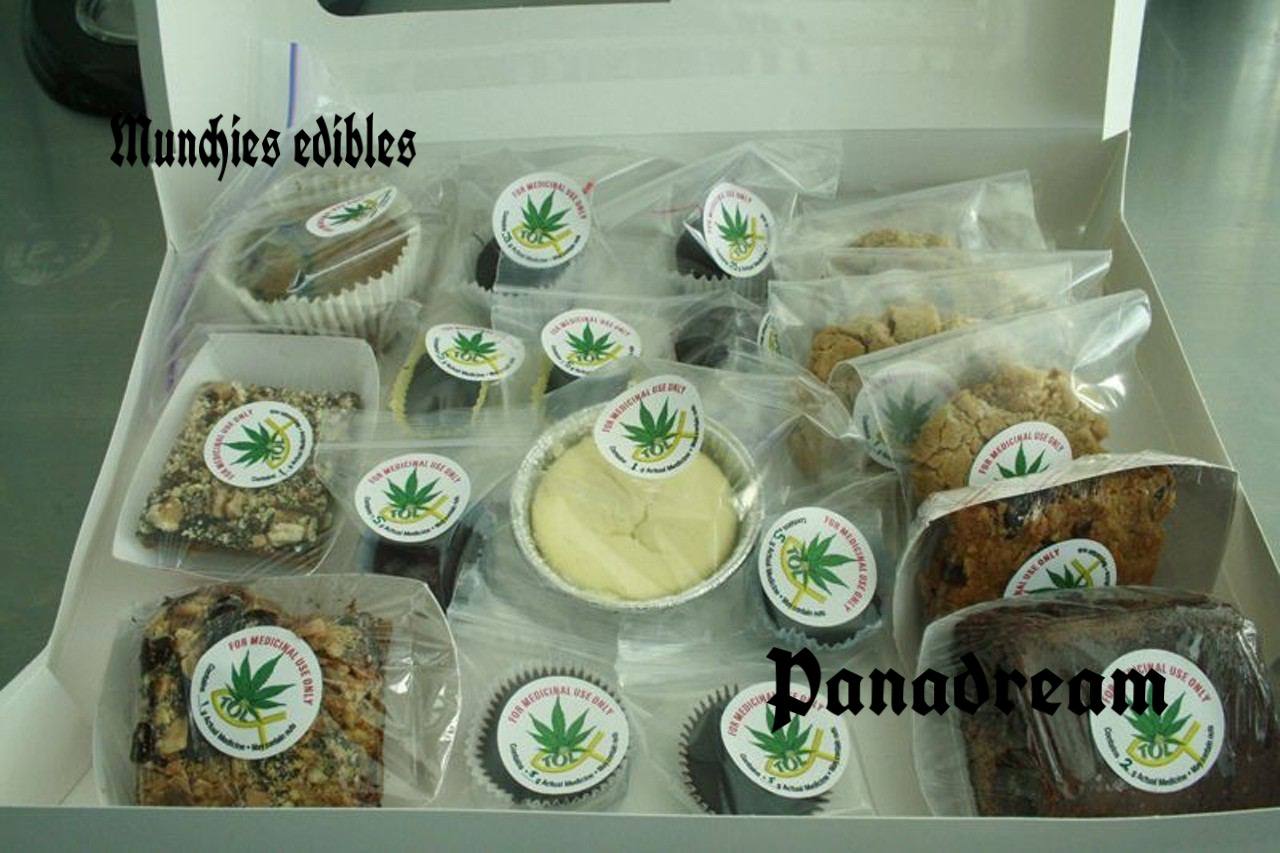 Cannabis, whether smoked or eaten, binds to and activates our bodies’ CB1 receptors, which are found in the brain and stomach, resulting in appetite stimulation. After smoking cannabis, THC enters the bloodstream through our lungs immediately, binding to those receptors and usually making the smoker hungry down the road. Most edibles are processed by the liver, though, and that can take up to two hours — but THC goes under a molecular conversion as the liver metabolizes the cannabinoid, intensifying and lengthening the high, and that includes the munchies. Might be time to consider microdosing…unless you have a frozen pizza collection and no summer diet aspirations.

Your hormones are responsible for your case of the munchies

According to Janice Newell Bissex, a registered dietician and holistic-cannabis practitioner, your unstoppable hunger isn’t a figment of your stoned imagination. “When your stomach is [empty], your body releases this hormone called ghrelin,” she said over the phone. “When you consume cannabis, particularly THC, it triggers a surge in ghrelin—so there is some physiological reason why you have more of an appetite.”

In addition to that euphoric glow, THC can also increase your sensitivity to both taste and smell, Bissex added. “It heightens the pleasure of eating, too, which is why it’s such a useful tool for people who are undergoing chemotherapy or are elderly and their appetite is decreased,” she said. “This is really a good thing for them; it will increase their appetite and they’re more inclined to eat.”

Your brain, too, plays a role in your sudden need for Cheetos. “There are neurons in part in the hypothalamus, like POMC, and these neurons also tell you not to eat when you’re full,” she said. “That response is blunted by THC, so if your neurons aren’t telling your body is full, you have more of an appetite.” In other words, it’s not your fault—you have your bodily reactions to blame.

How to stop overeating

According to Bissex, it’s partially because of that increased sensitivity to taste and smell that we tend to lean on junk foods when we’re especially high; you’re probably not going to find any real pleasure in chewing on a celery stick when you’re in a euphoric state. If you’re trying to stop yourself from overeating, Bissex recommends drinking as much water as possible before you get high. “You want to make sure you hydrate before you medicate,” she said. “It’ll fill you up a little bit.”

Elegant Stoner  also has some solid advice on munchie prevention which includes distracting yourself as much as possible, whether it’s a particularly intoxicating movie, or eating a big meal beforehand so you won’t be as hungry while stoned.

But let’s face it—you’re probably going to eat anyway (that’s part of the fun, after all), in which case, Bissex recommends keeping away from more indulgent snacks and sticking with “healthier” foods like popcorn. If you’re ambitious, she also recommends sticking to vegetables but adding some good dips, so you don’t feel totally restrained. Elegant Stoner also recommends budgeting your snacks out in advance; set aside a container with a specific amount of Oreos, so you might be less inclined to go for the entire pack.

If you’re feeling a little too high in the clouds, Bissex added that you should avoid fatty foods, as difficult as that’ll likely make the problem worse. “Eating something with fat in it will increase the absorption and prolong the effect, which is a good thing if you’re taking this as medicine,” she said. “We want to give people extended relief. But if you’re using it recreationally and you do get uncomfortably high, eat things that don’t have fat like fruits or vegetables.”

Go easy on the edibles

Perhaps one precaution you should take when you’re getting high: don’t overdo it on the edibles, which will have a more gradual effect in terms of your munchies. “If you smoke [cannabis], the effect is very quick,” she said. “It takes just one to five minutes when you smoke or vape to see the effect, so you’ll have that hunger quicker. If you take that edible, it takes up to two hours to take effect, and then all of a sudden, [you] have this huge amount of THC.” So take it easy, and don’t assume that an edible isn’t working if you’re not immediately feeling high or hungry.

And if you’re looking to dabble in cannabis options without a significant amount of THC, CBD or Cannabidiol won’t give you a case of the munchies—so if all else fails, give CBD a shot if you don’t want to raid your cupboards for that bag of stale Doritos.

The short answer is yes. The munchies are the result of THC manipulating your neural pathways in several ways. And since THC is found in most edibles, the result is the same whether your smoking a joint, vaping, or mowing down Orange Creamsicle Chewies.

But while we’re on the subject, the science behind the munchies is interesting. Researchers at the University of Bordeaux recently studied the effects of THC on mice and determined that THC fits into the brain’s olfactory bulb, increasing the animal’s ability to smell, which causes them to want to eat more. (You can read more about this in the 2014 study published in Nature Neuroscience.) This mouse study expands upon previous research, which shows that THC increases the release of the neurotransmitter dopamine, enhancing the pleasure derived from eating while stoned. Meanwhile, another study shows that THC triggers the hormone ghrelin, which stimulates hunger. The combined effects will give you an overwhelming urge to snarf your way to the bottom of a bag of Cool Ranch Doritos. The upshot? Basically, ingesting marijuana makes eating more enjoyable. I don’t think we needed to tell you that.

But hey, true thinkers learn from their own experiences and conduct their own scientific experiments. So don’t let the experts tell you what’s what. And hey, KushMart isn’t bragging when we say that we have the best selection of marijuana edibles in Washington State — you’ll believe it when you check our menu. How about some Espresso Toffee Brownies from Magic Kitchen? Or maybe you’d prefer some Huckleberry Lemonadefrom Ray’s?

Of course, in order to compare the results of the two methods of ingestion, you’ll want to grab some buds for your bong. Just make sure you have some non-THC snacks on hand to satisfy your cravings when the inevitable munchies set in.