Is Weed Toxic to dogs - Weed Recipes
Skip to content 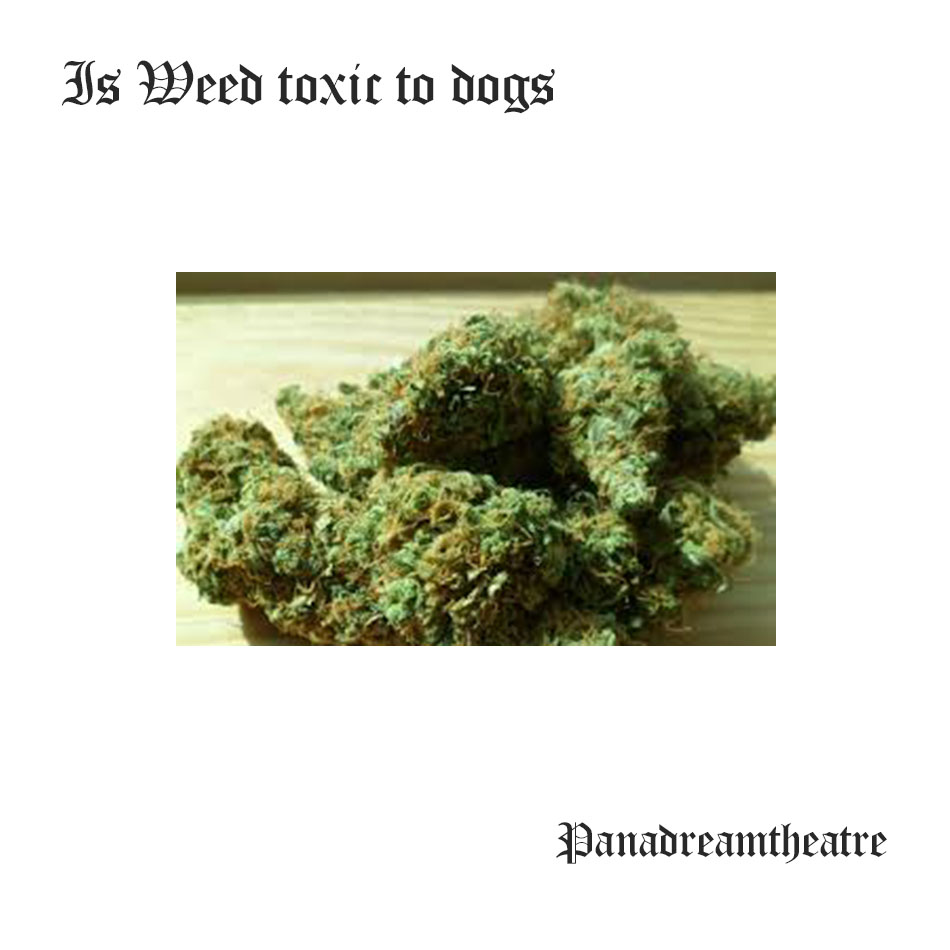 With its legalization in various states across the United States, marijuana is becoming very common in households for medicinal purposes. In fact, over the past 6 years, Pet Poison Helpline has experienced a 448% increase in marijuana cases. Here’s what you should know about marijuana ingestion in pets.

Marijuana or Cannabis sativa/Cannabis indica is used for recreational drug use and for medicinal purposes. Tetrahydrocannabinol (THC) and cannabidiol (CBD) are the two most commonly recognized, utilized, and studied cannabinoids although there are over 80 different cannabinoids in marijuana plants. The primary difference between the two is that THC causes psychotropic effects and has a moderate level of toxicity while CBD is non-psychotropic and is felt by many investigators to be non-toxic or have limited toxicity. The exact amount of each cannabinoid varies widely from strain to strain and plant to plant.

Cannabidiol is thought to have the following properties: anxiolytic, antipsychotic, antiemetic, anti-seizure, and anti-inflammatory. Medically, THC is used in attempt to alleviate muscle spasms caused by multiple sclerosis, nausea from chemotherapy, weight loss in AIDS patients, seizure disorders and Crohn’s disease. Tetrahydrocannabinol is also used recreationally for its psychotropic effects.

Animals can be poisoned by marijuana in different ways. They can ingest marijuana edibles such as brownies or pot butter, ingest the owner’s supply of marijuana (in any formulation), or by second hand smoke. Common symptoms of marijuana toxicity include sedation/lethargy, dilated pupils or glassed over eyes, dazed expression, difficulty walking and vomiting. Other symptoms can include either a low or high heart rate, vocalization such as whining or crying, agitation, trouble regulating temperature causing the body temperature to drop or rise and incontinence/dribbling urine, tremors, seizures and potentially coma. Signs of toxicity can be seen anywhere from 5 minutes to 12 hours after the animal is exposed to marijuana. The signs can potentially last 30 minutes to several days depending on the dose ingested.

Although there is no true antidote for marijuana, veterinarians can give supportive care to help the pet through the clinical signs. Vets can regulate the temperature of the animal to ensure they aren’t too hot or cold and give fluids to help maintain hydration. They can give anti-vomiting medication to help stop fluid loss and closely monitor the animal’s heart rate to ensure that it is stable. Due to the animal having trouble walking and potentially injuring itself, the clinic staff can help keep the pet comfortable and confined so they won’t be injured. In a lot of cases, a veterinarian may give activated charcoal. This is a liquid that the animal drinks or is given that can help bind the toxin in the stomach or intestines to the charcoal and prevent absorption into the body.

Animals normally do well with supportive care, however large ingestions of marijuana can be dangerous. Common problems with diagnosing and treating marijuana cases in the veterinary clinic are due to incomplete history which could be due to drug stigma, the owners on vacation, pharmaceutical products or worries about legal repercussions. It is important to get a complete history and reassure owners that the clinic is only interested in providing appropriate medical care for their pet. Accurate and complete medical history is imperative so that only necessary treatments are provided and prevent unnecessary treatments and costs.

Marijuana (or cannabis) refers to the dried parts of the Cannabis plant. Cannabis has been used since 500 BC as an herbal medicine, and for products such as rope, textiles, and paper. Today, cannabis is primarily used for medicinal or recreational purposes. Cannabis can be smoked like a cigarette, inhaled via vaporizers, or ingested via food and drink.

Cannabis contains more than 100 different chemicals (or compounds) called cannabinoids. Tetrahydrocannabinol (THC) is the cannabinoid that has the most psychoactive effects. It is also the compound responsible for some of cannabis’ medicinal uses, such as treating nausea and improving appetite in cancer patients. Other compounds, such as cannabidiol (CBD), have shown promise for medicinal use and do not have psychoactive effects.

While cannabis use is not new, its use for recreational purposes is more recent. In the 1970s, cannabis was criminalized in the US when it was labeled a Schedule 1 (Class I) drug. In the 1990s, individual states began legalizing cannabis for medicinal use, and more recently, 9 states have legalized it for recreational use. Legalization for recreational use in Canada occurred in 2018. As with any other medication, the increased accessibility to the drug has led to an increase in accidental exposure in pets.

How do cats and dogs become intoxicated?

Cats and dogs can become intoxicated by cannabis in various ways; by inhaling second-hand smoke, eating edibles (baked goods, candies, chocolate bars, and chips containing cannabis), or ingesting cannabis directly (in any form). Most exposures are accidental when curious pets discover access to the drug or when they are present in the same room with a person smoking cannabis. Dogs have more cannabinoid receptors in their brains, which means the effects of cannabis are more dramatic and potentially more toxic when compared to humans. A small amount of cannabis is all it takes to cause toxicity in cats and dogs.

Regardless of the method of exposure, accurate and complete information is imperative to treating the patient successfully. For example, ingestion of a ‘pot brownie’ needs different treatment than inhalation, because eating the brownie requires treatment for cannabis and chocolate toxicity, whereas inhalation may require additional treatment for respiratory irritation.

How does cannabis affect cats and dogs?

Like most drugs, the effects of cannabis are based on chemistry. The drug enters the body via inhalation or ingestion and binds with specific neuroreceptors in the brain, altering normal neurotransmitter function. THC interacts with neurotransmitters such as norepinephrine, dopamine, serotonin, and acetylcholine. Humans and pets have two types of receptors in their bodies. One type, CB1, affects the central nervous system, and the other, CB2, affects the peripheral tissues. Although not all the pharmacologic mechanisms triggered by cannabinoids have been identified, it is thought that CB1 is responsible for most of the effects of cannabis.

Everything that enters the body has to exit the body. THC is very lipid-soluble, which means that it is easily stored in the fatty tissue in the liver, brain, and kidneys before being eliminated from the body. THC is metabolized in the liver and the majority (65-90%) is excreted in the feces, while a small percentage (10-35%) is eliminated through the kidneys. The drug has to be metabolized and excreted for the effects to wear off.

How to Make Weed Infused Chocolate