How to Use Cannabis Resin: The Complete Guide - Weed Recipes
Skip to content 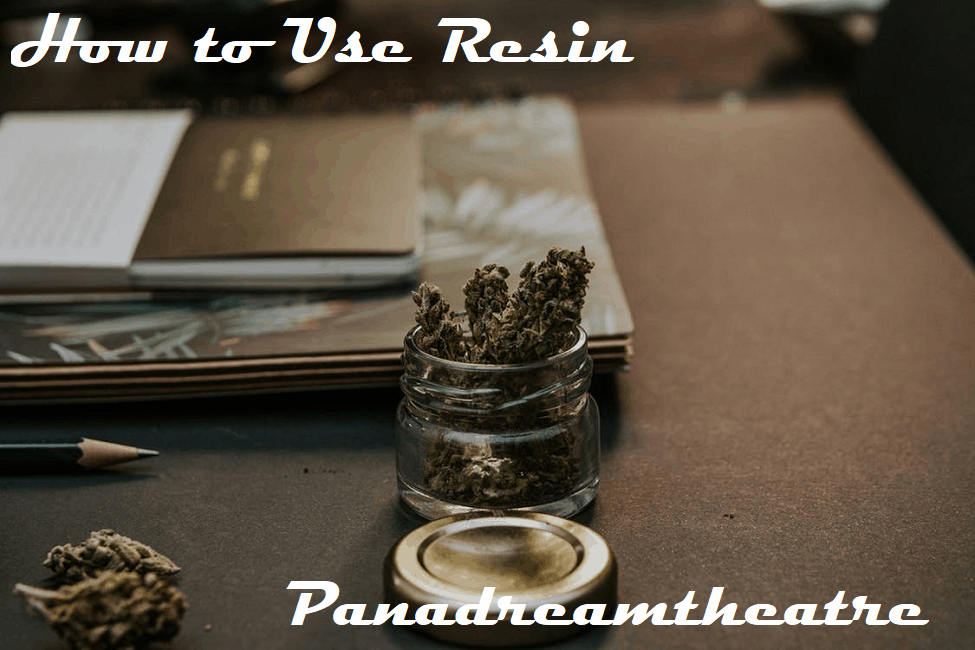 Ever wonder what that sticky substance on a cannabis plant is? That, my friends, is what is known as cannabis resin – and it has many, many uses! Cannabis resin is produced in the glandular trichomes of the cannabis plant and appears as a sticky, sappy sort of golden nectar. It is often the stuff that accumulates at the bottom of your bowl which can get a bit ashy, but if hydraulically pressed, it can be pure and clean.

Cannabis resin is the crown jewel of the cannabis plant. Most of the psychoactive compound (THC) for which marijuana is desired and used is found in cannabis resin. Although many just prefer to smoke the bud, resin by itself is still usable, which many people may not realize. And who doesn’t want to get full and complete usage from their cannabis (which, by the way, is getting more and more absurdly expensive these days)?

Cannabis resin differs in color from golden, to red, to black. Depending on the strain of cannabis it is coming from, method of production, and storage conditions, the color of the resin can differ from one to the other. It can be smoked alone, but it’s primarily used as a supplement to other substances such as regular cannabis, tobacco, or other herbal concoctions.

Without a doubt, there are many things you can do with your cannabis resin – including getting really, really high. So don’t throw out anything until you get the low-down on this often overlooked gem. In this guide, we will give you the ins and outs of cannabis resin: What it is, how to use it, and much more. Read on to find out all you need to know about putting your cannabis resin to good use!

What is Cannabis Resin?

So, as introduced above, cannabis resin is a byproduct of the cannabis plant. It is sticky, messy, sappy, and luscious, and very similar to tree sap! It differs from tree sap, however, in that tree sap is primarily composed of sugars, and cannabis resin is made up of cannabis trichomes.

Although resin is produced by all sorts of cannabis plant strains, it is very heavily concentrated on some types more than others. Female cannabis plants that are not yet pollinated happen to contain the greatest amounts of cannabis resin. Often, people who are primarily trying to harvest resin will opt for these plants to grow and harvest.

The purpose of the resin on the cannabis plant in nature is to basically function as the immune system of the plant. The sticky, trichome-laced substance repels insects and herbivores, and protects against UV damage and infections, all ensuring the plant’s survival in a beneficial way. At the same time, the resin, which also contains terpenes, gives off a smell that attracts all sorts of insects that are necessary to its survival by providing pollination to help it procreate! It’s truly an amazing mechanism at work when it’s looked at from this angle.

Cannabis resin is very fragrant and aromatic. It contains a large amount of flavonoids and terpenoids. It smells similar to the cannabis plant itself, with rich and earthy overtones. The color of cannabis resin varies depending on many factors, but most commonly, it’s an amber, golden tone, which is how it comes out of the plant when first extracted. It changes color primarily due to a lot of oxygen exposure, temperature changes, or just not being extremely pure (some resin may have a greenish tint, due to not being properly filtered from the bud from which it came).

Top Ways to Use Cannabis Resin

When it comes time to putting the cannabis resin to use, there are many ways it can be enjoyed. As many cannabis lovers may know, tarry resin collects at the bottom of your bowl. It’s that black, sticky stuff that some of us may be tempted to smoke when we don’t have anything else around. This is what we call ‘pipe resin.’ We do not recommend using this type of resin, though, simply because it’s already been burned. It’s full of carbon from the ash, is depleted of most of the THC, and it’s generally just a harsh and unpleasant smoke. We do, however, recommend the following uses of cannabis resin, that are much more fresh and pleasant variations of using this sweet and potent byproduct.

Hash originated back in Central Asia. It is produced by compressing the trichomes of the cannabis resin into a ball or a brick. It is usually smoked in pipes, joints, hookahs, or mixed with other grasses, or sometimes, just eaten straight. Hash can help you relax, endow you with a sense of well-being, and help with things like pain, nausea, insomnia, and creativity. Most of the THC from smoking hash is absorbed within a matter of seconds, so it’s relatively quick to kick in as well.

Butane Hash Oil, also known as BHO or ‘honey oil’, is probably one of the most popular ways to consume cannabis resin. It hits strong and fast, and, well, looks like honey. It is usually a beautiful golden, amber color, and most commonly used in dabs. This resin oil is created by using butane, which is a flammable hydrocarbon gas. It works by using this gas to separate the trichome resin glands from the plant itself. The result is pure, golden resin, much purer in quality than hash. The downside, however, is that many of the beneficial terpenes are destroyed during production.

Rosin is another type of oil produced from cannabis resin. It’s pretty similar to butane hash oil, except rosin is not made with any solvents, which preserves many of the terpenes. To get rosin, you simply use heat and pressure to extract all the oil from the plant. Many people will often place a few nugs in between a piece of parchment paper and flatten it with a hair straightener. This will give them a quick and easy extraction. But if you have money and are willing to get a special piece of equipment, there exists a wide variety of hydraulic presses that will really squeeze those buds until the last drop comes out. These can be expensive, but if you are an avid fan of cannabis resin, it may be worth the investment!

Because so many of the beneficial and aromatic properties that make cannabis resin so popular are often killed off during processing, there now exists ‘live resin.’ This is the solution for those who really want the added terpenes and phytochemicals in their cannabis resin! Upon harvest, the cannabis plants are immediately flash frozen. During the processing and extraction of the resin, the cannabis is still maintained at these frigid temperatures, ensuring that none of the medicinal or aromatic properties are annihilated — as they usually would be. Although some solvents are used in this process, it’s not nearly as much as is used in the process of producing the butane hash oil.

Side Effects of Cannabis Resin

Just as smoking “regular” (whole plant) cannabis has side effects, resin also comes with a few as well. The most common side effects of resin include dry mouth (cottonmouth), increased heart rate, anxiety or panic attacks, and impairment of short term memory. These can all be mitigated with proper and responsible usage, but it’s important to be prepared and know of all the possible interactions it may cause.

Because cannabis resin is an extremely concentrated form of cannabis, it contains a lot of THC, which is the psychoactive constituent of cannabis. For those that may be sensitive to THC, you should definitely check the contents of the resin you will use, to make sure it is an appropriate and suitable amount for your body and sensitivity. A little goes a long way in the case of cannabis resin, so you should be careful that you are not over-consuming.

Also, as THC has the potential to induce panic attacks, those who suffer from anxiety or are prone to panic should be especially cautious due to the potentially strong nature of the product. It is recommended that you just test a small amount to see how you react, before consuming a full portion of cannabis resin.

Acting as the immune system and a way of ensuring the survival and health of the cannabis plant, cannabis resin is truly an amazing substance — and a great way to get the full use out of your bud. It contains a lot of beneficial properties such as flavonoids, terpenes, and of course, THC.

Resembling small pieces of gold, resin is truly the hidden treasure within the cannabis plant; it provides you with a flighty and euphoric high that may help you to relax, de-stress, and even combat physical muscle aches and pains.

There are many different ways you can use cannabis resin, all with varying ways of extraction. From the solvent-extracted to the ones extracted with the extreme pressure of a hydraulic press, each cannabis resin is unique and offers a different set of benefits. Either way, we definitely recommend giving them a try and seeing which one works best for you!

What is THC Syrup? How Do You Make It?