How to make vegan edibles? - Weed Recipes
Skip to content 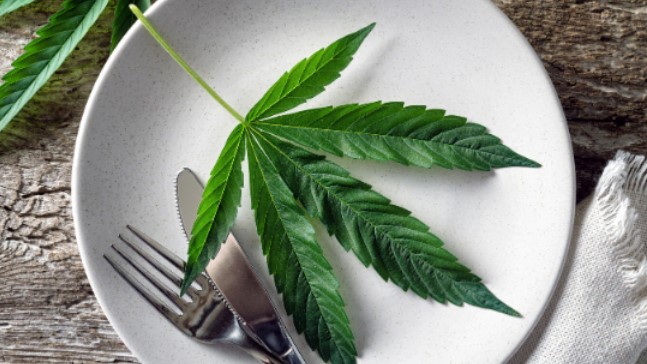 Cannabis is a miraculous and versatile plant that can be utilized in numerous ways to benefit the consumer and those around them. For vegans (those who do not consume products derived from animals, e.g. milk, cheese, yogurt, meat, poultry, eggs, fish, honey, etc.), it can sometimes be a challenge to allocate tasty, pre-made edibles at dispensaries or recreational pot shops. That’s why at times it is easier to make them yourself. However, cannabis edibles don’t actually just have to be limited to solely baked goods. In fact, medically beneficial marijuana can be consumed at any time of the day with just about every meal–even in a drink!

Each of the recipes below requires a foundational ingredient produced with cannabis. If you are accustomed to cooking with marijuana, then you might already have them on-hand and ready for use.

Not only nutritious and delicious, but chia seed pudding has been all the rage for quite some time now and for understandable reasons. This yummy breakfast is so scrumptious, you’ll feel as if you’re eating dessert without the added guilt. Additionally, it is a wonderful way to start your day, bringing you nutritious energy and healthy calories. It is completely vegan and quick to produce, especially overnight, so it can be ready to eat first thing in the morning.

Avocados are known for their multitude of health benefits, including being packed full of omega-3 and omega-6 acids, as well as other healthy fatty oils and numerous vitamins/minerals. This delectable recipe puts a slight twist on eating a basic avocado by adding in velvety cashew cream that is a 100% vegan alternative to other dairy-based products.

So refreshing and oh-so-healthy, this quintessential mid-day meal makes an exceptional addition to your daily dose of medicinal cannabis. It’s a Vietnamese classic that’s not only vegan-friendly but also contains potent amounts of marijuana, proving that literally just about everything can be combined with cannabis and still be delicious. Best of all, the actual preparation of this salad doesn’t require any cooking, at least as long as your noodles are precooked, so the ingredients are mostly raw.

There’s almost nothing better on this planet than fudge! This rich and melt-in-your-mouth dessert item is not only out-of-this-world, but the recipe also involves 100% vegan peanut butter, so even those who don’t consume animal products can enjoy! Most of all, though, this recipe is really simple and does not require excellent cooking skills to produce.

A comforting, home-cooked classic which will not only leave you with the munchies but will also cure your munchies as well — this zesty and weedy vegan fettuccine alfredo is completely vegan but still lives up to its creamy and mouth-watering expectations. An incredible way to spice up your palate with an edible that just feels like a regular dinner, yet with an outlandish twist. This fettuccine alfredo recipe is simple to create, and serves as a splendid addition to a dinner party, or perhaps simply a cozy night in.

If you are a vegan or simply interested in vegan recipes, and have been searching for the perfect dishes to create that are not only delicious but also brilliantly infused with cannabis, then these 5 bomb vegan marijuana edibles to make at home might be able to give you some exciting inspiration.

How to make cannabutter or cannaoil.