How to make THC Distillate - Weed Recipes
Skip to content 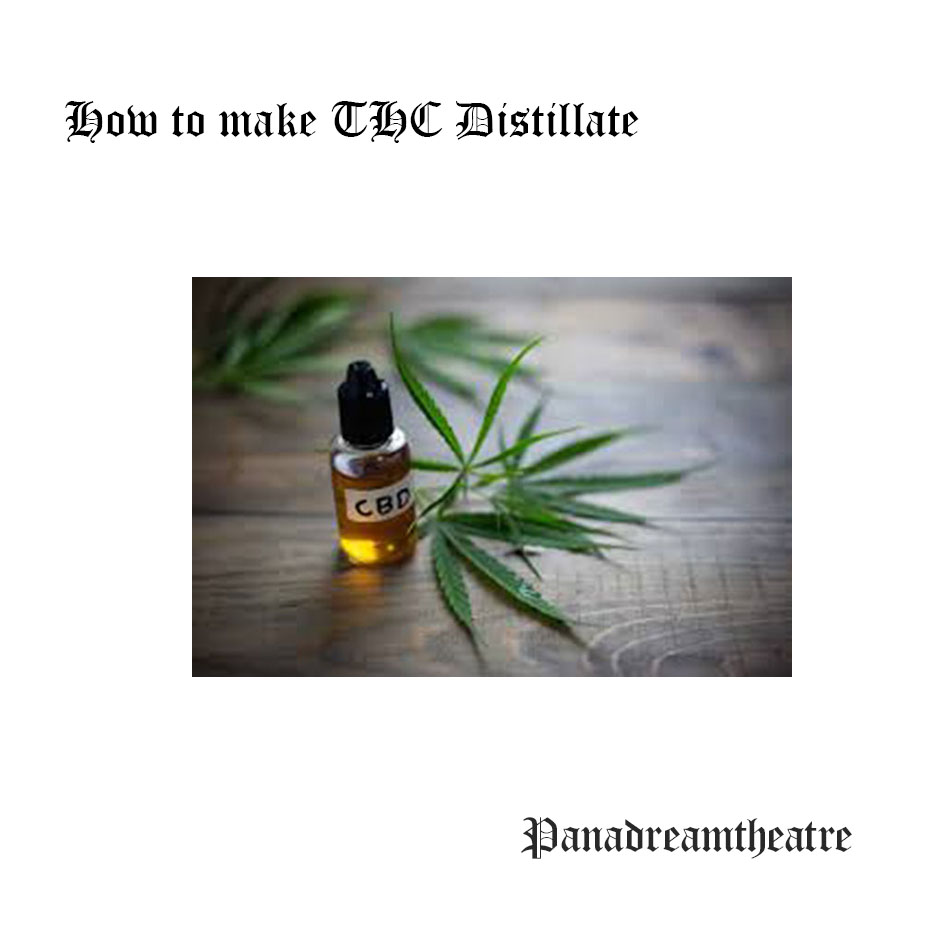 Have you ever wondered how distillates are made? We’ll go over the steps to make THC distillate and learn a little more about this new, potent cannabis product.

What is THC Distillate?

THC distillate is a highly-concentrated cannabis preparation that has grown in popularity in the recreational and medical cannabis markets. THC distillate goes through a refinement process that is similar to that of CBD extract.Continue Reading Below

It can reach over 99% potency and, like other cannabis concentrates, THC distillate emits less odor than dry flower when heated and produces stronger effects with less product.

How is THC Distillate Made?

Want to know how to make THC distillate? Distilling THC requires expensive and advanced equipment and is best performed in a controlled, professional laboratory setting.

Due to the high startup cost and difficulty involved, it is generally a more safe and economical choice to leave this one to the professionals.

The process involves several levels of extraction and purification to yield a product that is highly-refined, pure, and potent. Continue Reading Below

The first step towards creating THC distillate is to separate the resinous trichomes from the bulk of the cannabis plant material. This extraction of crude material can be accomplished using either physical or chemical methods.

The process of winterization serves to further purify the cannabis concentrate by separating the cannabinoids and terpenes from the remaining plant matter. Winterization removes impurities including:

The concentrate is mixed with ethanol and kept at extremely low temperatures(anywhere between -20°C and -60°C) for up to 24 hours.

The solvent combined with the cold temperature causes the impurities to separate from the cannabinoid extract.

At this stage of the refinement process, the extracted cannabis compounds must be converted to active cannabinoids in order to interact effectively with the human body.

Decarboxylation is the process of removing carboxylic acid from the acidic precursors to cannabinoids, including THCA, CBDA, CBNA, and so on.

When THCA is exposed to the proper amount of heat over time, it converts to the active cannabinoid THC, which produces strong psychoactive effects.

The final step in creating THC distillate is to isolate specific cannabinoids and terpenes from the rest of the extract. Each cannabinoid has its own unique boiling point and molecular weight.

Using vacuum pressure and heat, distillers can isolate the individual compounds and distill them at up to 99% purity.

In its raw form, THC distillate is tasteless and odorless. Makers of THC distillate may combine THC with other cannabinoids and strain-specific terpenes to enhance the flavor profile and bring about more balanced effects.

How to Make Cannabis Distillate

Before you can make a cannabis distillate, marijuana extracts have to undergo winterization and decarboxylation. Then, you can finally begin distillation.

The cannabis distillate process starts with extraction. This is where you separate cannabinoids from the marijuana plant.

Extraction is when you use solvents, such as ethanol, carbon dioxide, or a hydrocarbon, to extract raw marijuana oil, also referred to as crude oil. The level of THC/CBD in crude oil ranges between 60% to 80%. You can also extract marijuana physically through sieving or using a rosin press. Compared to solvent extraction, the physical method produces more impure cannabis extracts.

The cannabis extract is passed through a purification process through which the unwanted byproducts such as plant waxes, lipids, fats, chlorophyll, and contaminants are removed. This takes place in a freezing environment.

The raw marijuana oil is mixed with ethanol. The mixed solution is then placed in a freezing environment for up to 48 hours. During this time, the impurities coagulate and separate, remaining at the bottom of the mixture. The mixture is then filtered, with the impurities left behind, giving you a purer concentration of the extract. A rotary evaporator or a falling film evaporator is used to remove ethanol from the mixture, leaving you with a solvent-free extract.

At this point, the extract is not very potent, because the extract is still in its acidic form called tetrahydrocannabinolic acid (THCA), which does not induce a high. Heat is necessary to convert THCA to THC, the psychoactive compound that causes a high.

Time and temperature play a huge role in THCA decarboxylation. Transformation begins when temperatures reach 220 degrees Fahrenheit. Decarboxylation allows THC to interact with the nervous system and the cannabinoid receptors, CB1 and CB2, thus enabling you to benefit from both the medicinal and psychoactive effects of THC.

Distillation is the final process for making cannabis oil. It is a purification process that uses heat, steam, and vacuum pressure to separate all the chemical compounds in the concentrate and produce a concentrated cannabinoid distillate. During distillation, terpenes and flavonoids are removed from the mixture for a pure cannabinoid.

The process of extracting terpenes and flavonoids requires careful monitoring according to their unique boiling points. The presence of a vacuum during distillation helps with temperature control, thus, reducing the need for high heat, which could eventually reduce your potency. The process separates the chemical compounds while also discarding unwanted materials. This leaves behind a refined and almost 100% cannabinoid, also known as cannabis distillate.

Since the cannabis distillate alone doesn’t trigger the entourage effects, you’ll need to take extra steps to preserve the various compounds (cannabinoids, terpenes, and flavonoids). You can use steam distillation and fractionation and, at the same time, remove all the solvent.