How to make RSO? - Weed Recipes
Skip to content 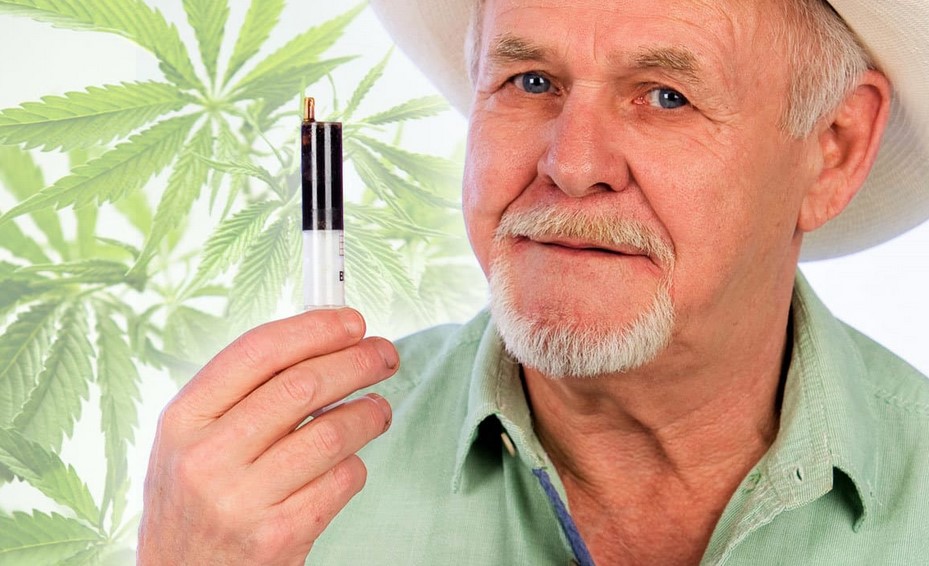 Rick Simpson Oil, or RSO, is a cannabis concentrate used for many different medical benefits, including relieving cancer symptoms. It has a thick, syrupy consistency and can be applied as a topical or ingested in food or drinks.

In this article we’ll go over who Rick Simpson is and why he created this oil, how it’s used, how to make your own RSO at home, and whether or not you can smoke it.

Rick Simpson Oil, or RSO, is a full extract cannabis oil meant to be taken orally or applied topically. RSO is a marijuana extract made utilizing a solvent to extract cannabinoids. The most common solvent used to produce RSO is grain alcohol, but some other solvents like ethanol or butane are sometimes used. Flower (bud) material is placed in a large container and alcohol is added. The entire mixture is stirred and crushed into the alcohol. After a time, the alcohol is drained from the remaining plant material. That mixture is then heated in a container, such as a rice cooker, so that the residual alcohol evaporates. The end product is a high potency oil often dark in color with a thick consistency. RSO can be siphoned into a syringe style applicator for dosing which offers the advantage of a long shelf life as oxidation does not easily occur.

Typically, a single syringe of RSO contains around 600 mg of THC; however, this is dependent upon the source material used. Traditional RSO is made from indica plants that are high in THC; however, any strain can be used to make RSO. The final results will depend upon what strains were used and the moisture content of the plants themselves. The strains used also account for the color and consistency of the oil. Some plants result in a light amber color with a viscous consistency while others have a darker, thicker consistency. In some cases, other portions of the plant, such as fan leaves, are used in the mixture so as to get the maximum amount of cannabinoids from a crop. This will cause the end product to have a more astringent taste and darker color as well.

How to make rso?

Rick Simpson oil is a type of medical cannabis oil typically made from the indica cannabis strain. Proponents of the oil believe that ingesting the oil or applying it to the skin can have medicinal benefits, like lowering blood pressure or alleviating certain illnesses. When making Rick Simpson oil, prepare and heat your ingredients in a well-ventilated area far from any open flames, stovetops, or sparks. Following the instructions carefully and taking precautions will help you stay safe as you make the oil.

Break up any larger chunks of cannabis with your wooden spoon before you add the isopropyl alcohol.

At least 80% of the cannabis should dissolve into the mixture.

Drain the solvent from the dissolved cannabis using a cheesecloth. Transfer the cannabis to a bowl and let it sit for about a minute. If no cheesecloths are available, coffee strainers can be used as a substitute.

Drain the solvent from the cannabis again using the cheesecloth. When your plant material is completely separated, throw it away. Pour your drained alcohol into the bucket with the rest of your solvent.

Heating the Solvent and Siphoning the Oil

Set up a rice cooker in a well-ventilated area. Fumes may emit from the rice cooker as the solvent is dissolved. Because isopropyl alcohol is highly combustible, avoid any and all flames, stovetops, sparks, and cigarettes while you’re heating the solvent.

Isopropyl alcohol is flammable and cannot be cooked near an open flame or spark.

Wait until the oil develops a dark color and greasy consistency. When you have added all of the solvent into the rice cooker and it has evaporated entirely, the oil will be the only liquid left in the rice cooker. It will be the consistency of thick grease and have a dark color when the isopropyl alcohol has dissolved. Siphon the oil out with a plastic catheter tip syringe. Dip the syringe into the oil, then slowly pull on the plunger until the syringe is filled with the oil. Remove the syringe from the rice cooker, then cover the top with its plastic tip to prevent spilling.

Do not transfer the isopropyl alcohol into another container. You may need multiple syringes to siphon out all of the oil.

Store Rick Simpson oil in the syringes until you are ready to use it.

Ingest 5-9 drop of Rick Simpson oil per day for its medicinal effects. Each drop should be the size of one-half to one grain of rice. Work your way up from a small drop to a larger drop over several days to several weeks, especially if you have never ingested cannabis before. It takes the average person 3-5 weeks to ingest a full dose of Rick Simpson oil.

Some alternative health advocates believe that a dosage of Rick Simpson oil a day can ease chronic pain, depression and anxiety, or symptoms of long-term illnesses (like cancer or diabetes).[

Put Rick Simpson oil under your tongue before swallowing for quicker absorption.

Do not worry about getting high off of Rick Simpson oil. Although the oil is made from cannabis, its concentration is generally not strong enough for someone to get high off of it.

Taking Rick Simpson oil via a skin cream or salve results in the same theoretical benefits as ingesting it.

Eat the Rick Simpson oil mixed in with food if you don’t like the oil’s taste. Put between 1-3 drops into your favorite food spread and add it to your meal. If you dislike the ingesting of the oil but would prefer to take it orally, a dip or jam can mask the taste.

You can also put Rick Simpson oil in a capsule and take it by pill if you would prefer.

Drop Rick Simpson oil on bandages to treat wounds. If you’re applying the oil to a wound for its potential healing properties, apply a few drops of Rick Simpson oil to a gauze bandage. Keep the bandage tightly wound around the wound and change it every 3-4 days.

If you have high blood pressure, for example, see a doctor alongside using alternative health treatments.

How to use RSO

Simpson has dosage instructions on his site, but keep in mind they have not been vetted by medical researchers. Dosages vary from person to person depending on many factors, including the potency of the RSO.

The creator suggests that people start by taking a dose that is half the size of short-grain dry rice three times daily. He then recommends doubling the dosage after every four days for five weeks, slowly building up a tolerance to muddle the effects of the THC. For the remainder of the 12-week treatment period, keep the dosage at a full gram. Simpson also notes that the effects of the oil may not be felt until an hour after ingestion.

RSO is typically not smoked. It is applied in the following ways:

Full Spectrum Cannabis Oil (FSCO), sometimes referred to as Full Extract Cannabis Oil (FECO), is a term used for cannabis oil products that capture the full range of bioactive compounds created within the plant’s glandular trichomes without altering their composition in the process.

This includes flavonoids, phenols, fatty acids, and, most importantly, a variety of terpenes and cannabinoids in their natural acid form.

While the RSO extraction process is capable of extracting the full range of compounds, the process of removing the solvent from the solution requires heat. Heat changes the cannabinoids from their acid form into their neutral, or activated, form in a process called decarboxylation (i.e. THCA decarboxylates into THC and CBDA into CBD). The heat also volatilizes most of the terpenes that were initially extracted, leaving an oil that may not have all the bioactive compounds that were available in the plant’s trichome glands.

There is a method that Rick Simpson suggests when using an RSO regimen. The goal is to consume 60 grams of RSO over the course of 90 days. In the first week, three doses should be taken each day, once in the morning, afternoon, and at night. RSO is very potent. The beginning dose should be the size of a half a grain of rice. After the first week, the measured dose should be doubled every four days. It will take approximately three to five weeks before the dosage reaches a full gram of RSO in a day. Continue to take a full gram in a day until the full 60 grams is consumed. The most common side effects when undertaking an RSO regimen is excessive tiredness and/or psychoactivity. Over time, the body will adjust to the higher dose of RSO; this typically takes three to four weeks.

Production of cannabis oils such as Rick Simpson Oil (RSO) is illegal in many jurisdictions. Additionally, producing the oil also involves volatile compounds that are dangerous to work with in the hands of inexperienced technicians with improper equipment and ill-equipped facilities. The methods described may prove dangerous or illegal. Any action you take upon the information provided here is strictly at your own risk.