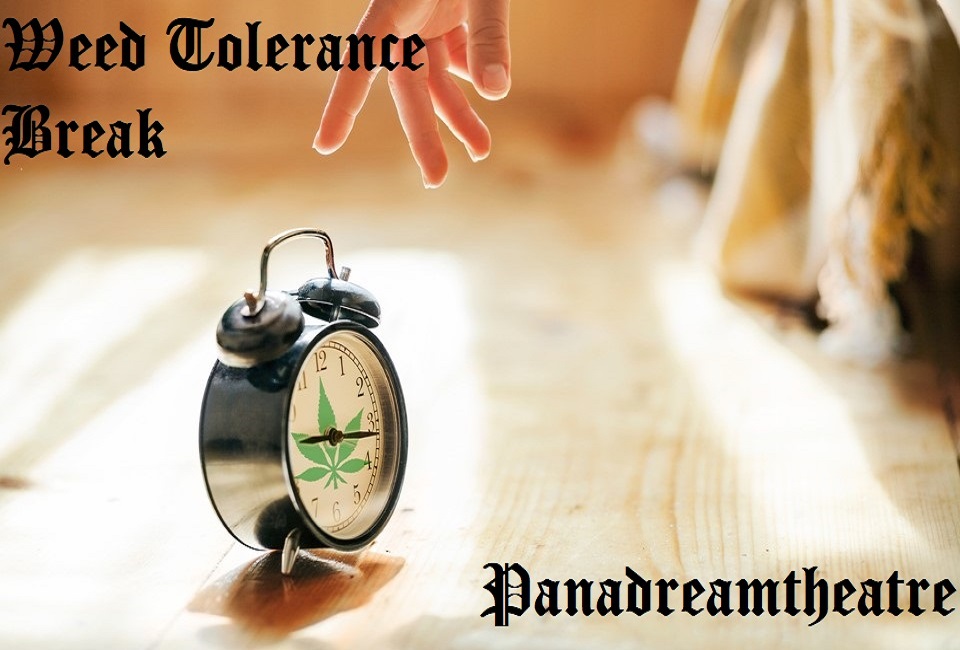 It’s a sad reality of smoking weed; you enjoy yourself, so you start smoking it more and more and make a habit of it. However, almost as if out of nowhere, you can’t seem to get high like you used to!

As sad as it may be, you have developed a weed tolerance.

Don’t be frightened though, a tolerance can be developed for anything if you take enough of it. It could be worse – some people can’t even take basic medication like painkillers due to a high tolerance.

However, if you want to keep enjoying your weed, you need to somehow beat that pesky tolerance you’ve acquired.

Something not known to many tokers is that different weed strains promote tolerance at different rates and levels.

It can happen that you have developed a tolerance to a specific strain, rather than to weed in general. Try to keep on hand a variety of different strains so that you don’t become too used to any particular one. Keeping it fresh will also heighten your experience, as you’ll be experiencing a different high every time.
If you’re only used to smoking one strain, why not try one of the others available at your local supplier.
Who knows, maybe you’ll find yourself a new favorite!

An important thing to bear in mind when smoking a large quantity of weed is that the two major different strain types – indica and sativa – affect your body in different ways.

If you find yourself becoming too used your indica, it might be time to switch it up and try some good cannabis sativas and experience some mind highs.

Not only will this help you avoid building up a tolerance, you’ll also get to try out a wider range of different weed experiences.

If you’re used to watching Cartoon Network and lying quietly on the couch with an indica, try some sativa and learn the guitar!

However, if you’ve got a favorite strain you just can’t do without, then..

#3 Try a New Method of Consumption

It may seem strange, but if you change up your method of weed intake, you might find your tolerance goes away.

When you smoke weed, you’re combusting it and absorbing the THC and CBD through your lungs; when you ingest it, you’re getting that THC and CBD content, but at a much slower yet magnified rate.
You might even consider using pure CBD or THC extracts, as they provide a wholly different consumption experience.

By changing up your method of intake, you might find yourself enjoying your weed a lot more, as well as beating back that tolerance.

You’re likely tired of being told this by literally everyone (and your mother), but exercise is really, really good for you.

The British NHS recommends that every adult gets at least 150 minutes of moderate aerobic activity every week to maintain proper heart health.

However, probably of far more importance to you is that exercise can help overcome weed tolerance.

Part of the reason for this is that exercise helps release regular endorphins, the hormone responsible for making you feel good. Exercise encourages a more healthy release of these chemicals, which is precisely the problem when you develop a tolerance – you just get so used to feeling good all the time.

Regular exercise can also help in discouraging you from smoking too much, as you will get plenty satisfaction from the sensation of exercise.

As much as it may frighten you, you might need to take a tolerance break.

A weed tolerance break is where you completely abstain from weed for a period of time to help reset your tolerance and make the whole experience better for you.

How long should the break be, you ask? Well, as long as it needs to be.

Everyone develops tolerance at a different level, so some people might be okay with giving it up for just a week. Others might need to prepare themselves for a full month off.

The first step to taking a weed tolerance break is to…

Before you can consider taking a weed tolerance break, make sure you understand that this is likely going to be pretty difficult.

If you smoke so much weed that you have developed a tolerance, it’s likely that you’re an extremely regular user. While this isn’t inherently a bad thing, it does mean that weed has become something a part of your regular, everyday life.

This means that, not only are you going to miss the satisfying feeling of lighting up, you’re also going to have to shift your daily routine and break out of a habit.

In the same way that frequent cigarette smokers hold their fingers as if they’re clutching a cigarette, so too will you find yourself going through the motions of getting your weed ready.

So, what can you do to make it easier?

As depressing as it might be, you need to purge yourself of your available weed.

If you’re a frequent weed smoker (and you likely are if you’ve developed a tolerance) you’re probably going to have a personal stash of weed, as well as maybe an additional, secret stash hidden somewhere.

If you’re really committed to taking a weed tolerance break, you need to get rid of it all.

Remember, you don’t necessarily need to smoke all of it at once! Consider sharing with a friend or easing yourself off of it gradually. What’s important is that, at the end of it, you purge your living space of any sources of weed.

It’ll hurt, but it’ll help during the break.

What can you do in the meantime?

Though it might sound strange, consider taking up drinking coffee!

While it is true that any kind of physical addictions are generally a bad thing, caffeine in general has been demonstrated to be a surprisingly healthy addition to your life. It can help protect against cardiovascular disease and even Parkinson’s!

What’s more, it can help you quit weed, at least for a little while.

The physiological addiction that caffeine causes encourages dopamine release, which satisfies the cravings you might get for your previous weed frequency.

Though you might find it strange, taking up a short-lived caffeine habit could make taking a weed tolerance break a lot easier.

However, what do you do if you find the idea of cutting off cold turkey to be too awful to consider?

To make the weed tolerance break a bit easier, start easing yourself off during your regular routine. You might balk at the idea, but by smoking a little bit less every day, you’re allowing yourself to get used to having less weed in your system gradually, avoiding that unpleasant feeling of going cold turkey.

A good rule of thumb is to try to halve the amount you imbibe every week, so that after a few weeks, you’re down to almost nothing at all.

This method takes a lot longer than just quitting cold turkey, but might be a great deal easier for those with a really strong weed habit.

For some, however, the idea of slowing down their intake is unfathomable. For those people, if you really, really hate the very idea of smoking less…