How do you make distillate - Weed Recipes
Skip to content 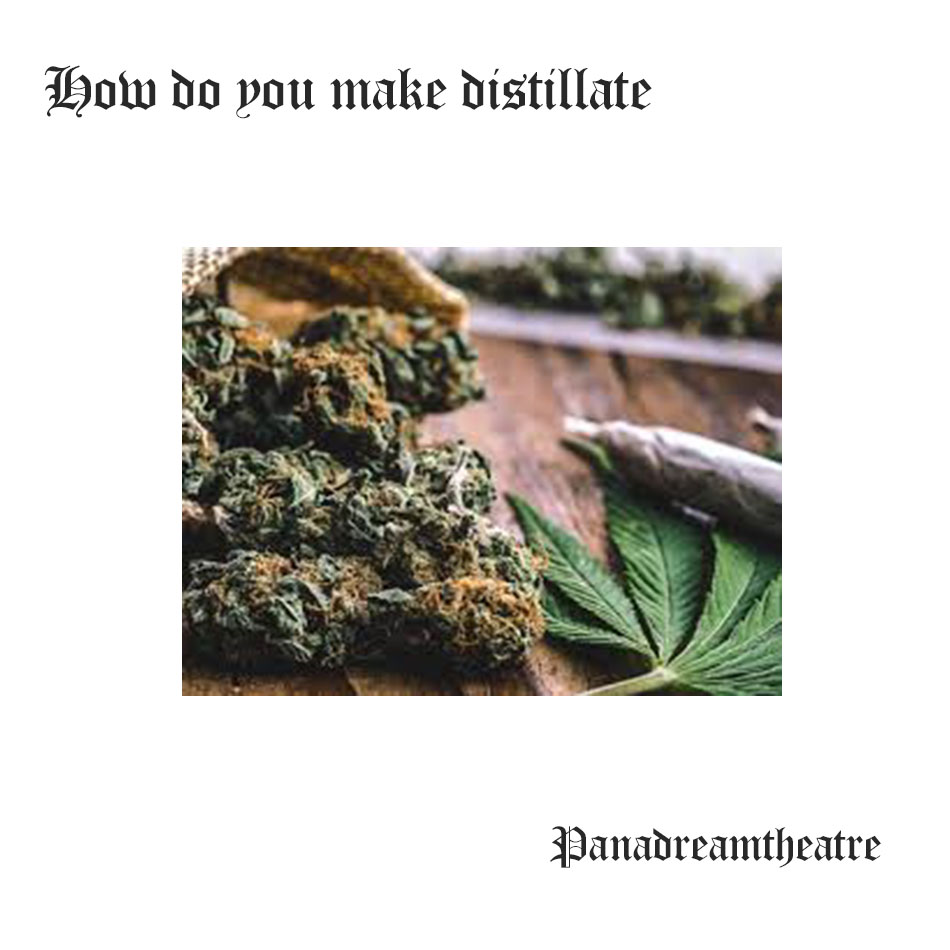 Cannabis distillates are a new type of cannabis concentrate making waves in the marijuana industry. These distillates can either be in the form of THC distillate or CBD distillate and are created through a process known as distillation. Though they are quickly becoming very popular, consumers should be careful when using them because they are refined and almost 100% pure.

What is Cannabis Distillate?

Cannabis distillate is a type of marijuana extract which, as the name suggests, has undergone distillation. One method for doing this is Short Path Distillation. This method strips cannabis of everything except for the core compound, known as the cannabis distillate. Distillates do not have any flavor, taste, or aroma.

Here is where things get tricky. All cannabis distillates are oils; however, not all cannabis oils are distillates. Cannabis oil is only a distillate if it has been stripped of all other materials except for one.

Although distillates lack terpenes and other naturally occurring flavors and aromas, they are still very potent.

How to Make Cannabis Distillate

Before you can make a cannabis distillate, marijuana extracts have to undergo winterization and decarboxylation. Then, you can finally begin distillation.

The cannabis distillate process starts with extraction. This is where you separate cannabinoids from the marijuana plant.

Extraction is when you use solvents, such as ethanol, carbon dioxide, or a hydrocarbon, to extract raw marijuana oil, also referred to as crude oil. The level of THC/CBD in crude oil ranges between 60% to 80%. You can also extract marijuana physically through sieving or using a rosin press. Compared to solvent extraction, the physical method produces more impure cannabis extracts.

The cannabis extract is passed through a purification process through which the unwanted byproducts such as plant waxes, lipids, fats, chlorophyll, and contaminants are removed. This takes place in a freezing environment.

The raw marijuana oil is mixed with ethanol. The mixed solution is then placed in a freezing environment for up to 48 hours. During this time, the impurities coagulate and separate, remaining at the bottom of the mixture. The mixture is then filtered, with the impurities left behind, giving you a purer concentration of the extract. A rotary evaporator or a falling film evaporator is used to remove ethanol from the mixture, leaving you with a solvent-free extract.

At this point, the extract is not very potent, because the extract is still in its acidic form called tetrahydrocannabinolic acid (THCA), which does not induce a high. Heat is necessary to convert THCA to THC, the psychoactive compound that causes a high.

Time and temperature play a huge role in THCA decarboxylation. Transformation begins when temperatures reach 220 degrees Fahrenheit. Decarboxylation allows THC to interact with the nervous system and the cannabinoid receptors, CB1 and CB2, thus enabling you to benefit from both the medicinal and psychoactive effects of THC.

What is THC Distillate?

THC distillate is a highly-concentrated cannabis preparation that has grown in popularity in the recreational and medical cannabis markets. THC distillate goes through a refinement process that is similar to that of CBD extract.Continue Reading Below

It can reach over 99% potency and, like other cannabis concentrates, THC distillate emits less odor than dry flower when heated and produces stronger effects with less product.

How is THC Distillate Made?

Want to know how to make THC distillate? Distilling THC requires expensive and advanced equipment and is best performed in a controlled, professional laboratory setting.

Due to the high startup cost and difficulty involved, it is generally a more safe and economical choice to leave this one to the professionals.

The process involves several levels of extraction and purification to yield a product that is highly-refined, pure, and potent.

What is THC distillate used for?

THC distillate is as versatile as it is potent, and it can be consumed in a variety of ways. Continue Reading Below

There are also a number of dab-free and vape-free ways to consume THC distillate. Distillate has already been decarboxylated during the refinement process, meaning it does not require heat to become active.

Some may choose to make their distillate into a tincture and take it sublingually, allowing the cannabinoids to absorb under the tongue.

Discover How THC Distillates are Made

Not like other cannabis concentrates, THC distillates are processed without using any solvent. Instead, this is processed using one of 2 ways that are also identical to each other.

This is called the Short Path Distillation or Short Path Wiped Film process.

This distillation method benefits from the fact that the evaporation of THC is much more speedier than any other substance like waxes, sugars or even chlorophyll. The process is a bit complex, but by theory is as follows:

This is then heated to the point where the flavonoids and especially the terpenes are turned into vapor. This will then steam out and be cooled as condensate in a cooling tune which drips into a collection tank.

Then, the temperature will be increased to force the cannabinoids to evaporate, which will turn into gas and pass through the cooling tube to condensate, this is when the cannabinoid extraction happens.

These 2 distillates are either used separately or mixed to recombine the odor and smell in the cannabinoids to enhance the full marijuana essence into the THC distillate.

This is coined as the short path method because, in this setup, the vessel in the evaporation chamber makes the vapor path travel in a shorter distance.

Best Songs to Listen to While High