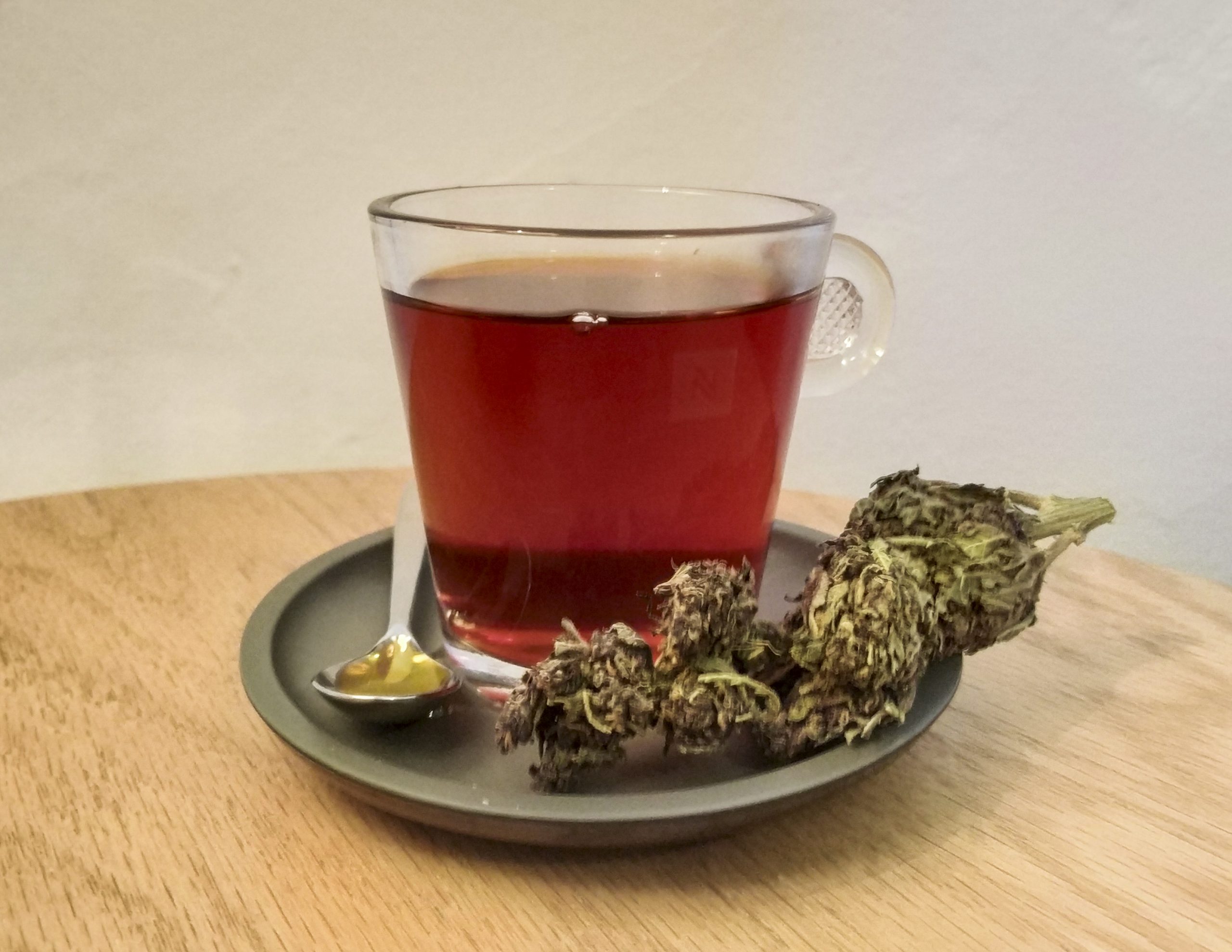 Why smoke it, when you can sip it?

“Drinking tea, in general, is a pleasant activity. It’s nice to drink a cup alone and it’s also nice to drink tea in a group. Infused tea, most often, has low odour so it can be a nice way to consume in spaces that are less cannabis-friendly,” says Andrea Dobbs, co-founder of Village Bloomery, a cannabis retail business in Vancouver B.C. Infused tea might also be a good alternative “if a person is new to cannabis, is not interested in smoking and feels intimidated by tinctures,” adds Dobbs.

When looked at across the globe, here are the countries where people have been drinking and prescribing cannabis tea for decades:

In India, even the Gods drink weed

Cannabis in India is more of a sacred plant than a stoner’s delight; it’s a plant favoured by the gods.

Shiva, also known as the God of destruction in Hindu mythology, once fell asleep under a leafy plant, exhausted after a conflict with his family. That plant turned out to be cannabis. When he awoke, Shiva tasted the leaves out of curiosity and felt refreshed. “Shiva made the plant his favourite food and he became known as the Lord of Bhang,” reports Psychology Today.

Bhang is now considered a festive Indian drink made by mixing water, milk, spices and nuts. In earlier times, it was used to “treat diseases like malaria and rheumatism. Warriors would drink bhang to steel their nerves, and newlyweds would consume bhang to increase their libido,” reads an excerpt from the book, Forces of Habit:  Drugs and the Making of the Modern World published by the Harvard University Press.

The Chinese emperor who prescribed cannabis tea in 2737 BC

People in China were certainly ahead of their time—use of cannabis as a fibre and seed crop dates back to nearly 2000 years. But the first recorded use of medical cannabis—some call it a legend; others hold firm to this belief—goes to Chinese Emperor Shen Nung. In 2737 BC, the emperor prescribed weed tea for gout, malaria, beriberi, rheumatism and poor memory.

“Infused tea can be a healthier alternative to some common forms of consuming cannabis, such as smoking or eating sugary-infused treats,” points out Aliza Sherman, CEO of Ellementa and author of the book, Cannabis and CBD for Health and Wellness.

Rastafarians use cannabis spiritually by smoking it as “herb” in joints and passing it in a circle while discussing and meditating on moral quandaries. But the cannabis use doesn’t stop there.

Many families throughout Jamaica and the islands use cannabis medicinally in the form of ganja tea. Ganja tea is commonly made from young plants that aren’t fully ripened for harvest. This usually makes it less potent than smoked herb.

Anthropologist Dr. Melanie Creagan Dreher’s study of rural working-class families in Jamaica also revealed cultural differences between smoking herb and drinking minimally-psychoactive ganja tea. All of the mothers in her study gave their children ganja tea to drink — often two to three times a week and sometimes daily — in order to help keep their kids healthy for the backbreaking farm work and school work they were subjected to.

This was in spite of warnings from teachers and school officials, and it just adds to the truth found in the old adage that mother knows best!

The Chemistry of Cannabis Tea

When it comes to making weed tea, at first glance it can be a bit daunting, frustrating, and unsatisfying if you don’t understand a few cannabis chemistry fundamentals.

THCA, however, is non-psychoactive, which means that it cannot get you high. Similarly, CBDA is much less medicinal than CBD, which means that it won’t relieve the symptoms for which you take it. Ingesting any part of a live cannabis plant will only get you the THCA and the CBDA and will not have the same effect as the product you buy at your local dispensary.

So how does cannabis go from a non-psychoactive, non-medicinal plant to the psychoactive, medicinal powerhouse that we know and love? Good question. Here’s the answer.

When the cannabis plant is harvested and begins to dry out, THCA and CBDA slowly convert to their non-acidic counterparts, THC and CBD (remember, the “A” in THCA and CBDA stands for acid). But this conversion is only partial. You won’t get all the cannabinoid goodness possible if you just let the plant dry out naturally.

To really maximize the effects, you need to add heat (decarboxylate). That bud you smoke, it’s been dried using low heat to continue the THCA-to-THC conversion. The full release, though, comes when you add a flame into the mix. This high temperature converts the majority of the THCA (and CBDA) into the stuff that makes you feel better. But you don’t just have to burn it to get the benefits.

Psychoactive THC and CBD can be dissolved without losing their medicinal qualities. These cannabinoids can be dissolved in water, alcohol, butter (we’ll discuss these two in a section below), and even milk. In fact, THC and CBD dissolve more effectively in the fat from butter and milk when compared to water.

As you practice making your own marijuana tea, you’ll begin to intuitively learn how to make it as mild or as potent as you like. To get you started, here are five cannabis tea concoctions for your drinking pleasure.

We suggest sticking to the recipes to start so you gain some experience. After that, by all means, please experiment and tailor the instructions to your liking. Ready? Let’s go!

Raw Chinese and Jamaican-style herbal cannabis tea is one of the easiest ways to experience the miraculous long-term medicinal benefits of non-psychoactive THCA as a dietary supplement from raw marijuana without getting too high off of it.

We highly recommend juicing your raw cannabis cola buds directly into mouthwatering juices and smoothies if you want to get your THCA without getting high at all. We suggest boiling any leftover stems, leaves, or shake you may have into a tea that delivers a relaxing, mellow, mildly sedative body high without too much cerebral euphoria in order to get all the cannabinoids you possibly can from your plants.

As tea goes, some experts swear by the fact that the more contact the water has with the tea material, the better. These experts claim that using a tea bag, tea ball, or coffee filter interferes with the steeping process and can affect the final flavor of the tea. We don’t know about all that, but their idea does hold water (pun intended).

To really get the full effect and flavor of the tea, they suggest pouring the hot water directly on to the plant matter. Steep as usual and then pour the tea through a strainer to separate out the plant matter.

We place our ground plant matter in a two-cup Pyrex measuring cup for steeping and then pour the finished tea through a metal mesh tea strainer into the mug from which we’re going to drink.

What happens if a puppy eats weed