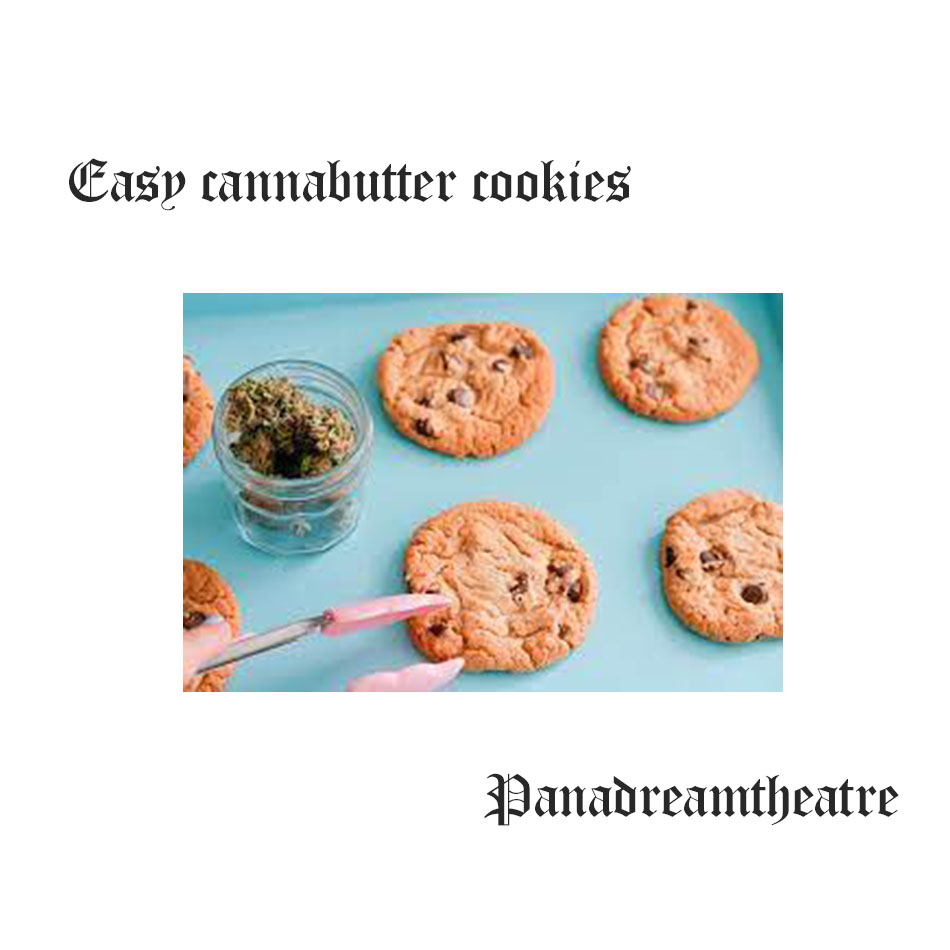 The regulated recreational cannabis market feels like a real society high when you can just waltz into a dispensary and purchase prepackaged edible treats. For those who’ve been making their own DIY weed brownies since before the dawn of legalization, however, getting in the kitchen to work with some cannabutter can be a fun, nostalgic activity. Not to mention a cost-effective way to stock up on edible goodies! Here are three simple cannabutter cookie recipes for you to enjoy.

Before you do any baking, your first step is to make the most important ingredient—cannabutter! They wouldn’t be pot cookies if they didn’t have cannabutter in them. For this you’ll need however many sticks of butter your recipes call for plus a little extra, and a gram of ground up cannabis—stems and all!—per tablespoon. Of course, your butter to shake ratio is entirely up to you.

Conventional wisdom says to place a frying pan on low heat and melt your bud into the butter, but our pro tip is to throw your butter and herb into a crockpot. Using a crockpot allows the THC to leech out into the butter over a long period of several hours without supervision. This method for making homemade cannabutter poses a lower risk of burning the THC and is far less demanding of your attention.

When you put butter and some ground shake and stems into a crockpot and place it on low heat, it can process for anywhere from two to eight hours depending on the strength you are trying to achieve. Just give it an occasional stir to keep it from sticking to the sides; and when you’re ready to strain it, put it through a fine mesh strainer or some cheese cloth. Once it’s had a bit of time to cool off, you’ll be ready to make some cannabutter cookies.

Why Hash Cookie Effects Are So Different Than Smoking Weed

There are many good reasons that people enjoy the effects of hash cookies. Like other edibles, they last for hours at a time and have a higher degree of potency compared to smoking or vaping cannabis.

The difference in the edible high compared to the smoking high is two-fold. For one, smoking and vaping put the marijuana directly into your bloodstream. Inhaling vaporized or combusted weed pulls all of the active cannabinoids into your lungs. There, tiny sacs called alveoli absorb a large portion of the chemicals. These chemicals are then transported by your blood all throughout your body, including your brain.

Eating marijuana is a totally different experience. The THC must be indirectly absorbed into your bloodstream through your intestines as part of digestion. Also, putting marijuana’s cannabinoids through your digestive process means that the liver is directly involved.

Your liver normally breaks down ingested substances into things the body can use more readily or evacuate more easily through urine or feces. When THC reaches the liver, the liver subjects it to digestive enzymes that turn it into 11-hydroxy-THC.

11-hydroxy-THC is way more potent than regular THC, which is why edibles produce deeper effects that can stray into psychedelic territory.

Why do people prefer turning their edibles into baked goods? It’s a long-standing tradition that likely caught traction in medical patients with chronic pain.

An article in The New Yorker teases out some of the origins of baked good edibles from back in the decades when pot was still taboo. “In those days, dispensaries catered to […] ‘the medical-stoner community,’ heavy users and people with chronic pain.”

Gourmet edible expert Laurie Wolf, who the magazine dubs “The Martha Stewart of Edibles,” reflects on how these informal interactions used to go. “You’d say, ‘what kind of edibles do you have?’ They’d say, ‘well, my grandmother makes these pot brownies. And my stepmother’s cousin makes these.’”

Baked goods were likely chosen for a few reasons. Brownies and cookies were a more casual treat to carry with you compared to, say, a Tupperware container full of cannabis infused olive oil linguine. The sugar and fat of the baked goods also helped cover up the more unpleasant tastes of infused cannabutter or canna oil. Except they didn’t always do a good job.

Most homemade baked edibles tasted “dreadful,” reflects Wolf. “It was like somebody took a bud and dipped it in chocolate.”

Now, though, you can find recipes that go so much further than just adding in some cannabutter to a batch of cookie dough. People like Wolf have crafted all sorts of culinary cannabis creations, including desserts that wouldn’t look out of place in an upscale bakery’s display case.

You can make your own versions at home, too. We recommend you start small with the simple recipe below.

The three recipes below are creative spins on prepackaged cookie mixes. In a perfect world we would all be the Julia Child of cannabutter and bake edibles entirely from scratch. Whether you’re strapped for time, low on pantry space or just plain bad at baking, these foolproof cannabutter cookie recipes will save you time and make your friends think you’re super gourmet. It’s not like anyone has to know the cookies came from a box! Just make sure the box calls for a stick of butter and not oil.

Having a hard time letting go of summer? Keep the sunny season alive for a little while longer with these tangy and floral lemon lavender cannabutter cookies! Lemon and lavender is a delicious flavor combination in and of itself, and it’s incredibly complementary when paired with cannabutter. Plus, if you’re in the Portland area, chances are high you can walk outside your front door and find some lavender to forage within a quarter-mile radius. Just mix the ingredients together in one bowl and follow the baking instructions on the back of the box. Top with a few sugar crystals for an added touch of sweetness.

Did you read the first sentence of the lemon lavender recipe and immediately think, “Team fall forever!” as you sipped on a pumpkin spice latte in your Uggs? Summer isn’t everyone’s bag, and pumpkins are just starting to have their annual moment of widespread popularity. But regardless of where your seasonal preferences lie, it’s hard to deny the natural synergy between pumpkin, cinnamon and cannabutter. Follow the instructions on the box for baking, but keep a close watch. Because this dough will be a little wetter, you’ll probably want to let them bake for a little longer than the recommended time.

Cookies make for a great dessert, but have you ever had a breakfast cookie? This sweet and caffeinated flavor combination is reminiscent of the $5 chocolate mocha you used to drink before you crossed the threshold into adulthood and started opting for $2 drip liquid sludge. Just steer clear if you’re looking to nosh before bedtime! In fact, these might be best suited for a post-breakfast treat on your day off. The sweetness of the white and milk chocolate chips in tandem with the nutty bitterness of the ground coffee pair wonderfully with the cannabutter flavor. Follow instructions on the back of the box and keep watch so as to not burn the bottoms!