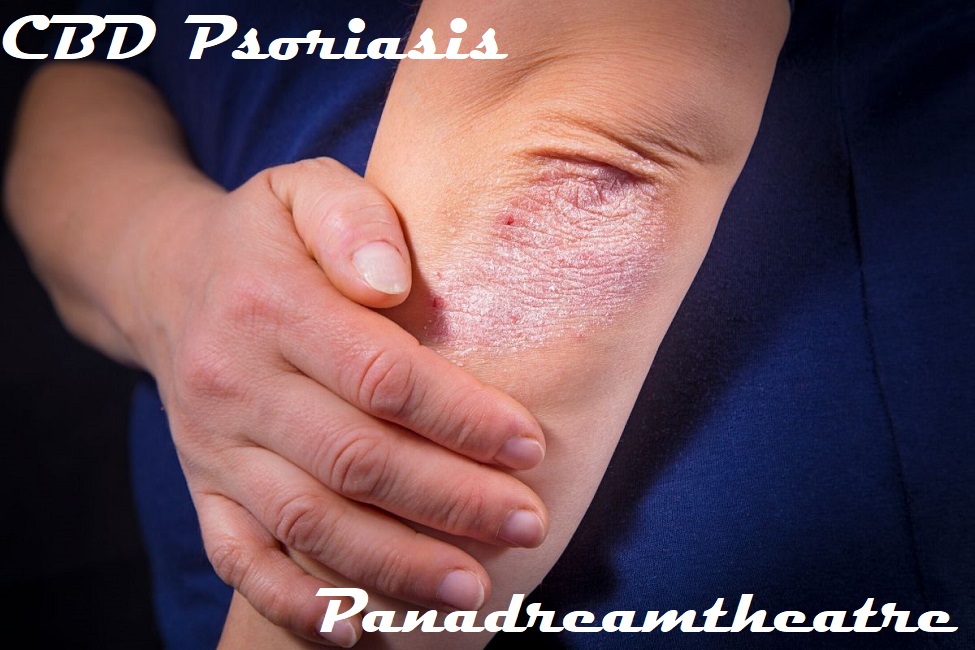 According to research doctors, J.D. Wilkinson and E.M. Williamson in an article published for the Journal of Dermatological Science, cannabinoids like CBD can inhibit keratinocyte proliferation, which is a central contributing factor to chronic skin conditions like psoriasis.

Clinical investigations thus far have been limited (and there are yet to be any adopted protocols for treating psoriasis with CBD), but some individuals are already using cannabis-infused topicals in an effort to reduce symptomatic flare-ups, many of which have experienced positive results.

In this article, we take an in-depth look at what psoriasis is, how it works, and how the functions of CBD (and other cannabis-based compounds) may work to inhibit the hyperactive skin proliferation that leads to psoriatic flare-ups.

CBD, Psoriasis, and What You Need to Know

From a clinical perspective, psoriasis remains one of the trickier non-communicable autoimmune diseases to try and define. This is due in part to the number of different ways it can manifest itself in the individual, and also to the fact that there’s no known autoantigen that triggers it.

However, research has pointed to several different key factors in regard to the disease’s onset, manifestation, and subsequent medical complications:

While there are plenty of conventional treatment methods out there ranging from topical creams to prescription medications, patients have historically been wary of these options due to their ineffectiveness, their prohibitive costs, and/or their potentially dangerous side effects.

Thus, CBD topicals for psoriasis have been emerging as potentially viable treatment options based on their anti-inflammatory properties, role as an autoimmune regulator, and influence on whole-body homeostasis.

Research on CBD for psoriasis has been limited. Despite this, the results of several studies have been more than promising. One study in particular showcases a definitive role of the endocannabinoid system in regulating cutaneous (skin) cell growth and differentiation.

So while a CBD topical for psoriasis likely won’t be first on your physician’s list of treatment options, it is (and has been for some time) proving to be more than worthy of serious consideration for suffering individuals.

Psoriasis: What Is It, What Causes It, and Who’s at Risk?

As we mentioned in the intro, psoriasis is a non-communicable (non-contagious) disease of the immune system wherein T-cells attack healthy skin cells at an abnormal rate. Instead of the normal 28-30 days, new cells are produced every 2-4 days.

This results in a buildup of dead skin tissue due to the epidermis’ inability to shed old skin cells faster than new ones are produced. And though genetics have shown to play an important role in the onset of psoriasis, the exact autoantigen that triggers the T-cell attack on healthy tissue remains unknown.

What’s certain is that, depending on the severity of the condition, the physiological pathways of psoriasis can cause an array of other medical conditions, including psoriatic arthritis (which affects upwards of 40% of victims and can result in the permanent disfiguring of joints), and severe localized pain due to inflammation of the epidermal blood vessels. Not to mention, clinical depression has been shown to be more than 50% more prevalent among those suffering from psoriasis.

Regarding those at risk, we’ve already mentioned that genetics have been shown to play a key factor in the onset of the disease. One study, in particular, managed to isolate symptomatic psoriasis to seven specific gene locations, though the exact association of gene activity with the onset of the disease remains complicated due to heterogeneity among the individuals studied.

And lastly, certain environmental factors have also been shown to increase the onset and severity of psoriasis, including obesity, smoking, cold weather, and stress.

Topical creams are generally the first-choice recommendations in cases of mild psoriasis. These include products like corticosteroids, retinoids, and Vitamin D replicators. While moderately effective, they are typically designed to alleviate sporadic flare-ups and localized symptoms of itching, burning, and general skin irritation.

Phototherapy has also been a proven treatment method, with exposure to either natural or artificial UV light having been shown to “slow skin cell turnover” and reduce scaling (which is the accumulation of dead tissue buildup).

Lastly, prescription medications are the only form of conventional treatment designed to specifically target the underlying physiological pathways of psoriasis, though success has been largely hit or miss with these drugs. Some of the most routinely prescribed medications include drugs like:

Not only can these medications be extremely cost-prohibitive, but they’ve also been documented to pose increased risks of infections (including cancer), as well as increased instances of kidney problems and high blood pressure.

Likewise, biologics such as Humira (and other drugs that alter the immune system), are particularly dangerous as they work by decreasing immune activity, thereby exposing the patient to potentially life-threatening infections.

Given the condition of psoriasis as an autoimmune and inflammation-inducing disease, it would make sense that CBD would act as a “rubber-and-road” treatment option considering its well-documented roles as both an anti-inflammatory drug and an immune-modulator.

One study, in particular, has shown the role of cannabinoids (CBD) in suppressing both inflammatory cytokines and angiogenic growth factors (two of the key constituents involved in the symptomatic onset of psoriasis) within epithelial layers.

The National Organization for the Reform of Marijuana Laws (NORML) has also described the endocannabinoid system (ECS), which is a 100% innate network of cannabinoids and cannabinoid receptors inside the human body, as perhaps “the most important physiologic system involved in establishing and maintaining human health” due to its role as a regulator of homeostasis. Homeostasis is an active process the body undertakes in response to harmful stimuli.

Intriguingly enough, publications have also pointed to the existence of a functional ECS within the skin layers responsible for onset psoriasis, identifying the ability of cannabinoid receptors within these layers to “control the proper and well-balanced proliferation, differentiation, [and] immune competence and/or tolerance of skin cells.”

CBD for Psoriasis: What the Studies Have Shown

We’ve already briefly gone over two of the key publications pointing to CBD as a potential treatment option for psoriasis, with one showcasing the presence of a functional endocannabinoid system within skin cell layers, and another pinpointing the role of cannabinoids as anti-inflammatory agents within the specific psoriatic pathway.

Another recent study has pointed CBD’s inhibitory effects on the proliferation of “epidermal keratinocyte differentiation” – in other words, the inhibition of uncontrolled skin cell reproduction.

Studies like this one (and the other two previously mentioned) have effectively showcased CBD’s potential to influence, manipulate, and ultimately correct both the underlying conditions of psoriasis and the onslaught of symptoms and side effects brought on by its characteristic pathways.

Lastly, one more thing of note, we mentioned earlier about the dangerous prevalence of clinical depression among victims of psoriasis; compared to the average population, they’re over 50% more likely to display characteristics of the mental illness. In light of that overwhelming statistic, it’s important to mention the well-documented therapeutic benefits of cannabis – in particular, CBD – on emotional and psychological conditions such as depression.

Finally, it’s imperative to mention that unlike THC, CBD will not get you high. THC is the intoxicating ingredient in cannabis, meaning it’s the ingredient responsible for disrupting people’s mental and motor processes. CBD, on the other hand, contains zero of these psychoactive properties; it displays all of the medicinal benefits of cannabis, without the mind-altering side effects.

The Bottom Line: CBD for Psoriasis

In light of the research discussed, it’s clear that the speculation for CBD to be a viable medical treatment option for psoriasis has more than distinguishable merits. On the condition of its underlying medical bases, the cannabinoid compound works to suppress both the inflammation-inducing agents and the skin cell proliferation pathways consistent with the disease. Moreover, it acts as a more than capable therapeutic factor in the treatment of onset symptoms, specifically with regard to its roles in pain and depression management.

If you’ve been considering CBD oil for psoriasis as a therapy for your own condition, it certainly is an option worth considering. CBD topicals may be a more viable option, however, as they are applied directly onto the skin and can therefore impact targeted areas. As is always the case, though, it’s important to do your own research and if possible, to speak with a medical professional about some specific tinctures and application methods that can be suited to your unique condition.

How to make wax weed easy?

Benefits of Hemp Oil for Massage