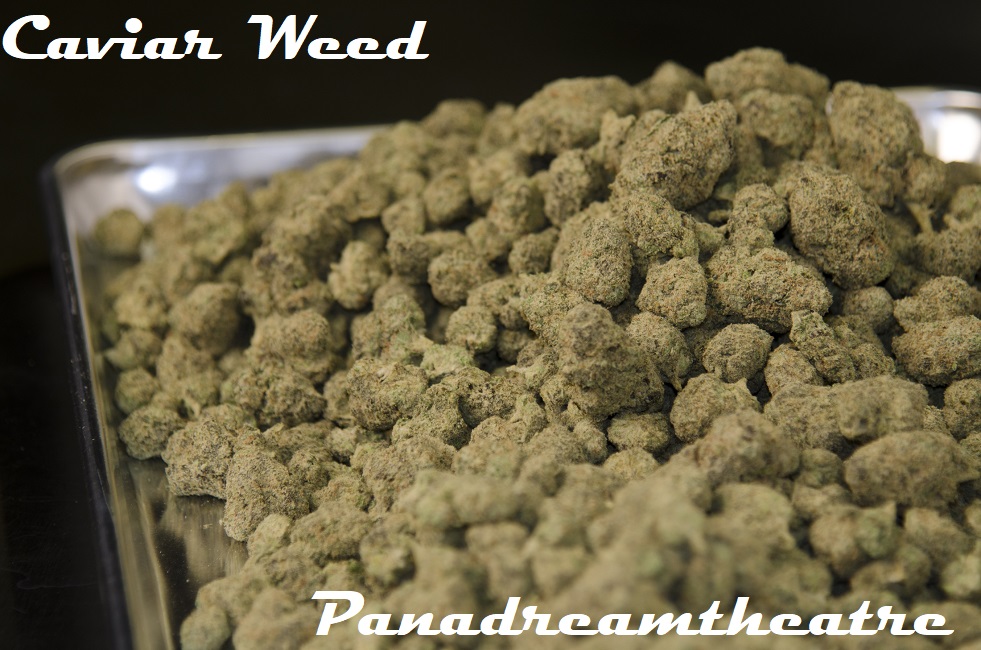 Moon rocks and cannabis caviar are relative newcomers on the marijuana market, and if you haven’t tried them yet, you’re missing out on an extremely powerful high. Both moon rocks and caviar are high THC marijuana products that exceed the buzz brought on by ordinary marijuana exponentially. Moon rocks have become quite popular in Los Angeles and other California cities, while tokers in Denver have been busy talking up the virtues of caviar. You can buy moon rocks or caviar in Colorado as well as in California, but you need to know exactly what you’re getting for your money before you shop. So what are moon rocks and cannabis caviar, and what’s the difference between them? This article will tell you all you need to know about the differences and similarities between moon rocks and caviar, and also where to buy them.

What are moon rocks?

Moon rocks are choice marijuana buds that have been dipped in hash oil and then rolled in a layer of kief. Typically, only high quality top shelf marijuana is used to make moon rocks, as the whole goal is a highly potent product. Often, the bud will be coated in hash oil and kief produced from the same strain as the bud that’s being utilized. Since moon rocks has the THC content of not just the bud, but also the hash oil and the kief, it can contain as much as 50%-91% or more THC.

A moonrock and Cannabis caviar are actually the same things, simply with different names. Some people call them Cannabis Caviar, some people call them moon rocks – caviar marijuana, marijuana caviar – tomato, tomatoe. However, some people argue that moon rocks always have the extra layer of kief at the end of the process, and cannabis caviar does not. This very small difference is probably the only way to distinguish the two products. Confused yet? Us too. The concentration of THC in moon rocks is typically 51%. This was an extremely high level and unheard of when they first arrived on the market. Then Sun rocks showed up on the scene.

What is caviar marijuana?

Caviar marijuana or cannabis caviar as it’s sometimes called is often the same exact product as moon rocks. It’s buds that have been soaked in hash oil, and usually (but not always!) coated in kief. Sometimes caviar marijuana refers to marijuana that has been saturated in hash oil, but that does not have the added layer of kief on the outside. Moon rocks always has both the hash oil layer and the kief coating, whereas caviar always has the hash oil, but may or may not have the kief layer. To put it another way, moon rocks is always caviar, but caviar is not always moon rocks.

Marijuana buds are some of the most versatile treats known to humankind, so its no surprise that we have found a way to turn the resin glands of a precious marijuana bud into something from the heavens – moon rocks, or, marijuana caviar. Whatever extravagant name you call them by, you’re going to want to try this caviar marijuana asap!

Cannabis Caviar, or Caviar Gold strain, Caviar Concentrates, Caviar Weed, Marijuana Caviar, Caviar Moon rocks, are basically the same thing as moon rocks. These are all names for the same concept of very high-quality marijuana buds that have been dipped in hash oil and then rolled in a layer of kief. Moon rocks are exceedingly potent with some Cannabis Caviar ‘strains’ containing up to 91% THC. This is due to the extremely high quality of strains often used in the ingredients, as well as the incredible potency of kief and cannabis oil. This extravagant combination makes for one hell of a high. There are many top-shelf weed strains which may be chosen to be made into Cannabis Caviar, but the most common are:

Caviar marijuana is mainly sold by dispensaries in North America, although you can definitely find coffee shops abroad that may sell them. Caviar Buds are almost always high quality and extremely strong. When I say strong, I mean knock you on your butt strong – or, some might say they’ll send you to the moon you get so high, thus the name moon rocks. So if you are a new cannabis user, be cautious when smoking marijuana caviar.

This is related to the fact that companies will normally use OG strains as their starting bud when creating marijuana caviar. If you use OG strains, then you will almost always call a final product something with OG in the title. The OG is a nod to the master strain and is a sure sign of both qualities, as well as potency. Cannabis Caviar, sometimes known as Caviar OG, is particularly popular in places like Colorado and California.

It is important to also be aware that there is a strain called Caviar OG as well, which some people may get confused with the concept of cannabis caviar. It’s still a great strain, so don’t be too disappointed if you get confused, but it’s not proper marijuana caviar. Guess you just have to enjoy what you have and be a little more precise next time you buy! There are worse problems to have if you ask us.

How do you smoke moon rocks or caviar?

Both moon rocks and caviar are pricey as well as delicate, so you’ll want to take care how you’re blazing it. If you have some caviar devoid of the kief outer layer, it might be a bit sticky or stiff to the touch. If you have moon rocks, there’s a powdery layer of kief to contend with. You don’t want to waste any of that good THC, so place your moon rocks or caviar on a smooth, hard surface and simply cut off little bits to smoke using a pocket knife or metal nail file. Don’t pack the bowl too full or it will be hard to light, and tilt the bowl part of the pipe downward slightly as you hit it so that the liquefied hash oil will stay on the bud in the bowl rather than running down into the mouthpiece potentially clogging your pipe. Other than that, just smoke it as you normally would, just like a bowl topped with concentrates. You might want to go slow your first time smoking moon rocks or caviar; they have a reputation for knocking out even the most experienced stoners.