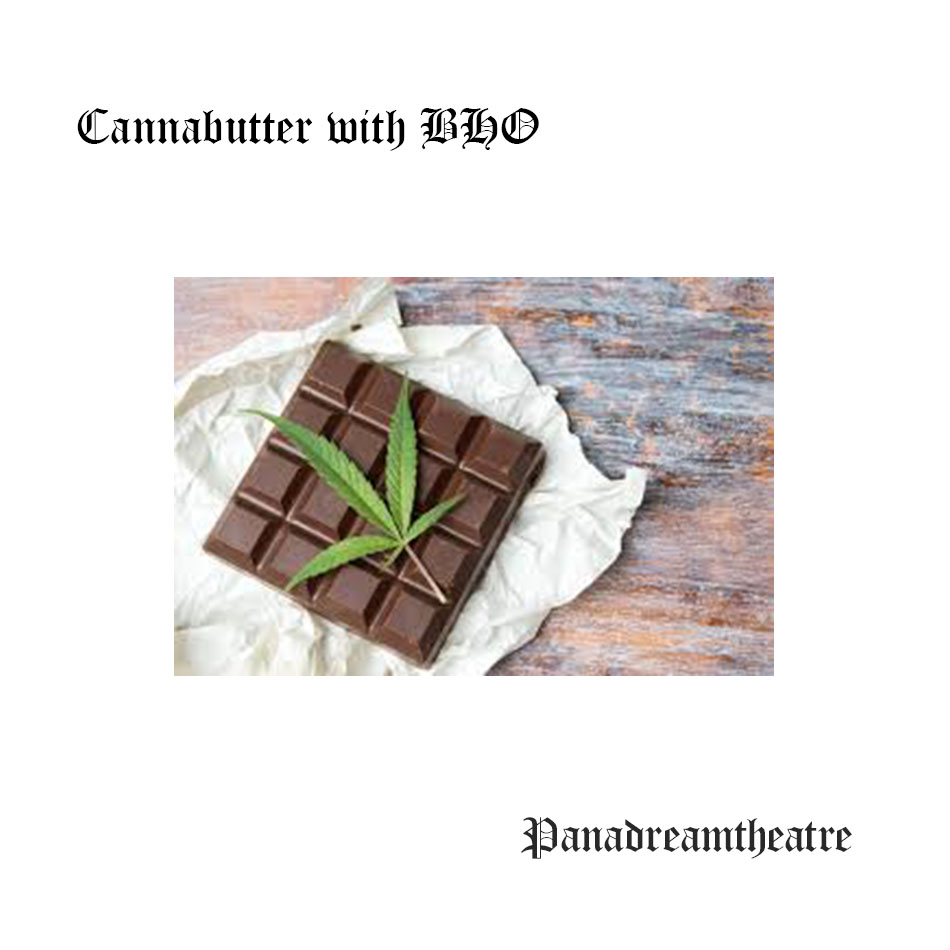 In this article we’ll show you how to make cannabutter using butane hash oil (BHO) aka shatter or dabs or butane honey oil. This shatter cannabutter can easily be used with our great tasting marijuana brownie recipe.

It’s easy to make great marijuana edibles using marijuana concentrates known as shatter, dabs, hash oil, crumble, rosin, honey oil, etc.  You will find that using these concentrates to make edibles reduces the strong plant flavor associated with cannabutter recipes for trimmed leaves and buds. The concentrate is much more pure which makes for less plant flavor, and it is much easier to estimate dosage accurately.

We will walk you through everything you need to know to make marijuana butter edibles with shatter. You’ll learn how to activate the THC for edible consumption using decarboxylation.  Most importantly, you’ll learn how to estimate the dosage of THC levels in your cannabutter edibles correctly so that you can provide an enjoyable experience without overdoing it.

When making cannabutter with butane hash oil you will need to make sure you know how to activate the THC in a way your body can process.  You can not just eat shatter (or weed for that matter) and get high since it mostly contains THCA and not THC.  A notable exception that doesn’t first require decarboxylization before ingestion is marijuana distillate.

Typically this conversion of THCA to THC occurs instantly when you burn marijuana or concentrates. In cannabutter recipes made from hash oil, the THCA needs to be gently heated in order to decarboxylate it and release THC which your body can utilize.

Butane hash oil can be dark decarboxylated easily by baking in an oven for 25 minutes at 250ﾟF. You’ll notice small bubbles emerging as carbon dioxide gets released during the decarboxylation process.

It is important to make sure that you decarboxylate your butane hash oil into a heat proof container such as parchment paper with the sides folded up into a small rectangular box  to contain it, otherwise you risk the oil melting and dripping off and wasting.

Some people decarboxylate their weed concentrates at slightly higher temperatures for shorter timeframes.

How to make cannabutter marijuana butter from hash oil

Making cannabutter from hash oil is very easy. Once you have decarboxylated your concentrate the next step is to dissolve it into something that contains fat, such as butter.

THC is fat soluable and the fat content of the butter makes a perfect match for edible recipes.  Other fats commonly used for making edibles from shatter and weed concentrates include vegetable oil and coconut oil, you could follow the steps of this cannabutter recipe with those oils as well.

In this marijuana butter recipe we’re going to slowly melt 1 stick of butter and then add 2 grams of already-decarboxylated butane hash oil. Simmer the BHO lightly for a few minutes, stirring constantly with a silicone spatula. The hash oil will melt right into the butter and dissolve evenly, press any big chunks flat to speed this up.

Keep the heat low so the butter barely bubbles, and don’t overheat the pan before adding the butter and shatter. Too much heat and the THC will be destroyed. Plus the butter will brown and get a toasty flavor not ideal for pot brownies (although browned butter with hash and fresh sage would be perfect for cooking with fresh ravioli topped with parmesan, but that’s another recipe entirely).

It’s also possible to decarboxylate your concentrate directly in butter in a double boiler, which can be easily improvised using BHO placed in a mason jar placed in a pan of boiling water.  Making cannabutter this way requires that you cook it a much longer period to achieve decarboxylization, so we prefer to decarb first to not impact the consistency of the butter as much.

This cannabutter recipe can be easily adjusted to make stronger strengths of marijuana butter.  If the recipe calls for one stick, you can make your cannabutter double strength by either using two times the concentrate or by reducing the amount of butter by half.  This would be helpful for example if your recipe only calls for a half stick of butter instead of a full stick.

Determining the THC content of cannabutter made using marijuana concentrates is a very important part of the cooking process. If your marijuana butter edibles are too strong they could lead to severe reactions in people. Eating too much THC isn’t enjoyable. Because of this, you will need to make sure that you properly dosage your edibles one cooking with the BHO.

Hash oil makes it fairly easy to estimate the THC dosage for each of your edibles. Typically hash oil is about 70% THC, so you know that for every 1000 g of shatter you add to your cannabutter you will have approximately 700 g of THC.

This is very helpful in determining THC in your cannabutter recipe. If you use one gram of shatter and assume that you have 70% THC content or 700 mg total, you can then surmise that this butter could make:

It is always better to have to eat two low-dosage brownies than to give everyone one over-potent brownie and find that some of the recipients are unable to handle the in the dosage. Never eat a brownie and decide after 20 minutes that it’s not working and you need to eat a second portion unless you’re quite sure you can handle it.

Being trapped in the middle of a large public area such as a concert or shopping center after eating too much weed edibles is an awful experience. When smoking marijuana it is very difficult to overdose, you would need to smoke about 50,000 times the amount of marijuana that it takes to get you high in order to have this happen. While you may feel pretty spaced out after one too many dabs, you’re never really going to have to worry too much. This is not true with edible marijuana products however – too much is a bad, bad thing.

How to make THC Distillate