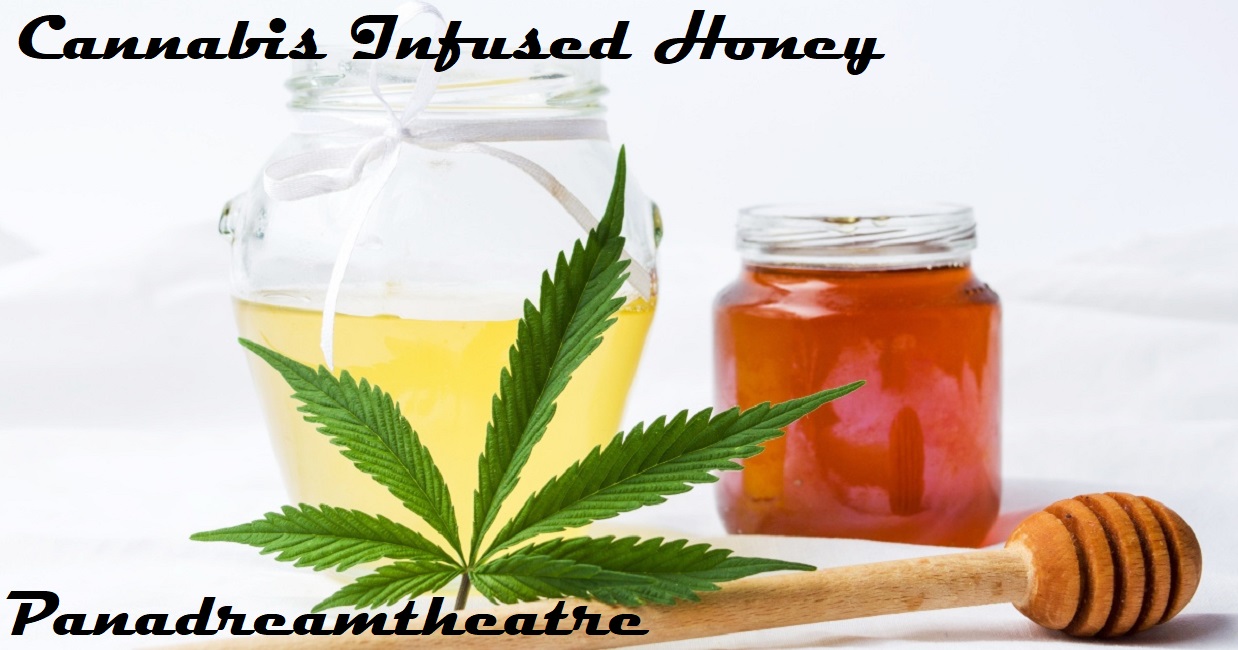 Firstly, decarboxylate your cannabis to transform the THCA into THC. Preheat the oven to 240 F and place your herb on a baking sheet in a thin layer. Bake for at least 40 minutes. Be sure to stir the cannabis and rotate the sheet a few times. Once the weed is ready you can add it to your honey. It’s as easy as that.

Honey has been used as both food and medicine for thousands of years. As well as being high in beneficial plant compounds, the amber nectar is a far healthier option than refined sugar which offers no nutrients whatsoever. The thick and sweet liquid is made by honeybees and has been described as ‘nature’s sweetener.’

High-quality honey contains antioxidants, which could help lower blood pressure, and it is linked with an improvement in cholesterol levels. Even diabetics find that honey isn’t as bad for them as refined sugar because it doesn’t raise blood sugar levels quite as high.

It is also becoming an increasingly popular accompaniment to marijuana as canna-chefs develop delicious cannabis honey recipes. It is likely that humanity has been creating weed honey for centuries, if not longer! There are sources which claim the ancient Egyptians used such a recipe during rituals.

So-called ‘artisanal’ cannabis honey is causing a massive stir in the industry. Therefore, in this article, we look at cannabis-infused honey, examine its benefits, and show you how to make some at home.

What Is Cannabis-Infused Honey?

As you can guess, it is honey that contains marijuana. What you may not be aware of is the relationship between bees and cannabis. A study by Colton O’Brien, published in Crossing Borders: Entomology in a Changing World in November 2018, wrote about how bees began visiting hemp fields in Colorado.

According to O’Brien, 23 species of bees living in the state were caught in traps set in hemp fields in a single month (August). He experimented because he noticed a constant buzzing sound as he walked through the fields. Hemp could be a ‘rescue’ crop for bees because it flowers between late July and early September, a period when other crops have finished their blooming periods.

According to Elizabeth Vernon, founder of Bird and the Bee, and also nicknamed ‘Queen Bee’, the best method of making cannabis honey is to create the marijuana tincture first before adding it to honey. While many herbs are easy to mix with honey, cannabis doesn’t have the necessary fats to bind with honey. As a result, Vernon advises the use of the MagicalButter machine if possible.

In theory, the combination of honey and marijuana should have an array of possible health benefits. Honey is primarily composed of carbohydrates and consists of compounds like vitamins, amino acids, organic acids, proteins, and minerals. Cannabinoids such as THC and CBD are linked with medical benefits such as a reduction in chronic pain, a decrease in seizures associated with epilepsy, and an improvement in conditions such as stress and anxiety.

How to Create Cannabis-Infused Honey

The first step is to decarboxylate your marijuana to transform the THCA into THC. If you fail to complete this process, all you’re doing is adding plant matter to the honey and you’re unlikely to experience much of a high.

Materials You Will Need to Make Cannabis Honey:

Follow this step-by-step guide for easy DIY cannabis honey. Make sure your marijuana is decarboxylated before proceeding.

Place the weed into the cheesecloth and tie it with the piece of string.

One of the many great things about your cannabis honey concoction is its long shelf life. It will last up to several years as long as you store it in an airtight container. Ideally, you will keep the jar of honey in a room away from direct sunlight at a temperature of between 50 and 70 degrees.

Although we need bees to make honey naturally, our flying friends are unable to infuse honey with marijuana, at least not without human help! Weed produces pollen but has no evolutionary need to produce nectar, so it doesn’t. As a consequence, bees are unable to create marijuana-infused honey.

However, an eccentric French beekeeper, using the pseudonym ‘Nicolas Trainerbees,’ created a storm online when he posted a bizarre YouTube video in 2016. The video in question shows his bees enjoying cannabis flowers. Nicolas has a combined love of beekeeping and weed and has used his twin passions to incredible effect.

According to Nicolas, bees lack an endocannabinoid system, which means they won’t get high off the sweet supply. He said the bees harvest the weed resin from the cannabis and bring it back to their hive where it gets processed like regular nectar.

Skepticism was rife as online users were quick to cast aspersions on the beekeeper’s claim. For instance, one Facebook user pointed out that bees suck up nectar due to the high sugar content and won’t do the same with pollen. The resin glands on female marijuana plants don’t have sugar, which means it can’t be sucked up or digested by the bees.

As implausible as Nicolas’ claims are, they are not impossible according to Darryl Cox of the U.K. Bumblebee Conservation Trust. Cox pointed out that there is pollen in honey, so it is possible for bees to collect potentially intoxicating cannabis pollen. It is unclear whether this link between bees and marijuana is real. As a result, for now, humans are far better at creating THC-infused honey than bees.

In late 2018, an Israeli company called PhytoPharma announced its intention to release Pure Bee cannabis honey. The firm uncovered a method of enabling bees to naturally express CBD and THC in their honey; using a small number of cannabinoids. However, this honey isn’t a cannabis-infused item.

Instead, it is a natural product that combines honey with the apparent healing properties of weed. There are two types of Pure Bee honey. One contains 0.5mg of CBD per gram, while the other contains 0.7mg of THC per gram. You won’t get high from the honey, but it is believed to provide fibromyalgia patients with relief from pain.

What Are the Benefits of Infusing Honey with Cannabis?

A few sources suggest cannabis honey was first used in the 4th century BC for its antibacterial properties. However, its alleged usage in ancient Egypt likely predates this theory by several centuries. As canna honey is made with the marijuana plant, it should contain the long list of apparent benefits associated with the herb, not to mention a few benefits brought to the table by honey.

While PhytoPharma’s creation won’t provide you with a psychoactive high, you can create DIY cannabis honey with a far greater concentration of THC to provide you with the buzz you are seeking.

It has also been linked with weight loss. Honey is a healthy substitute for sugar and helps decrease the number of unhealthy carbohydrates that enter the body. If you need a boost of energy, select a Sativa dominant strain which can work with the natural sugar in the honey.

Overall, cannabis honey may be useful to treat the following ailments:

It is also linked with the following benefits:

Cannabis honey is a versatile ingredient. You can add it to recipes, put it in your tea as a natural sweetener, or spread it on your toast. Now that you know plenty about cannabis honey, why not have a go at making it?

At the time of writing, medical marijuana is legal in 33 states plus D.C., and recreationally in 11 states plus D.C. Even so, cannabis honey is a niche industry, and it will probably be difficult to find a seller depending on where you live.

It is also relatively expensive. We have looked through the online stores of a few reputable brands to check out the prices. Marijuana Market’s MariHoneyTM costs $45 for a 12-ounce jar. We also saw a 4-ounce jar of Apothecary cannabis-infused honey containing 146mg of THC for $40. Another site offers 120ml of honey with 200mg of THC for just $35.

If you want to save a few dollars, you can create cannabis honey at home pretty easily if you live in a legal state and have access to the herb.

We need to value bees more than we do because it is the only insect that creates food edible for humans. Honey is believed to be the only known food source that contains all the water, enzymes, vitamins, and minerals to sustain life. The catastrophic damage to the environment caused by humans is rapidly diminishing the world’s supply of animal and plant life.

The decline of bees and other pollinators must be classified as a huge concern because of their importance on our food supply. It is estimated that around one-third of the food we eat depends on pollinators such as bees. The therapeutic benefits of the honey produced by these bees have been known for centuries, possibly millennia, and we can say the same for marijuana.

How to Make a Weed Cake