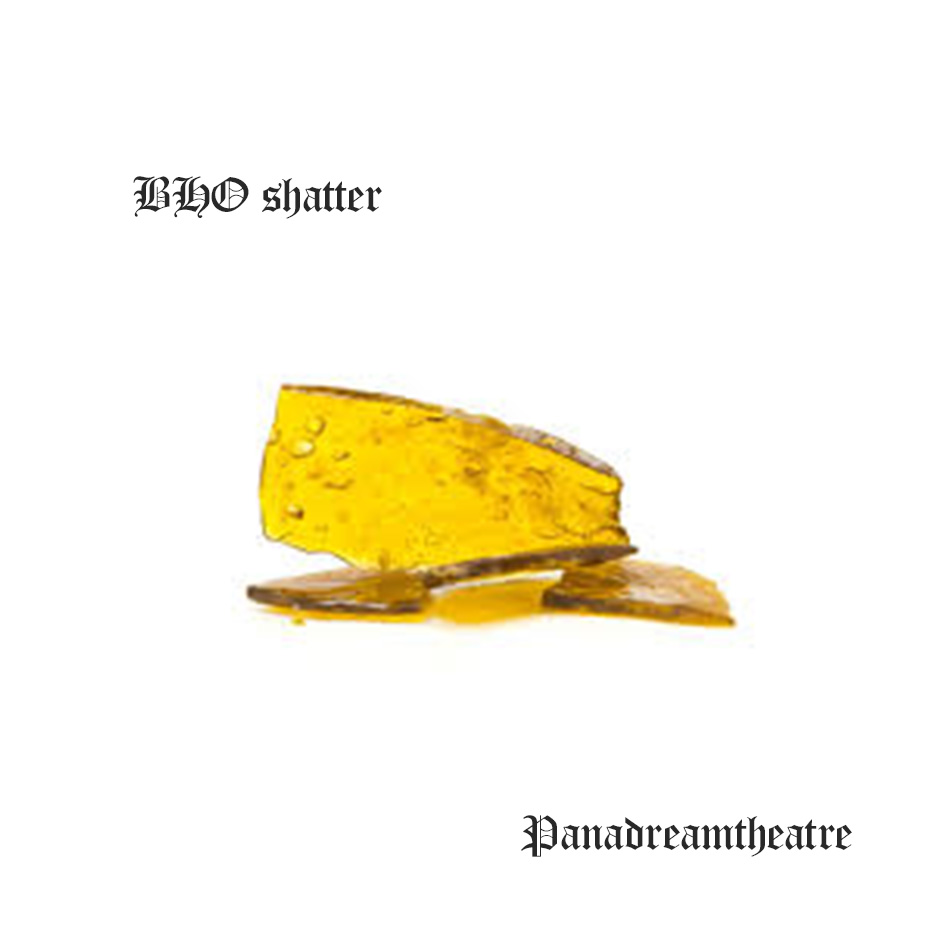 What is Cannabis Shatter?

A way of finishing BHO cannabis concentrate is called Shatter. This is a cannabis extraction with solvents, since gas is needed to dissolve resin and drag it out. Gas can be butane, dimethyl ether, propane or CO2, although its result is not the same with each of them.

The definition of the term adapted to cannabis would be something like BHO that breaks, that is, rigid, crystallized and hard. This is one of the first types of BHO finishes, since until then most users consumed it as a viscous and unhardened oil.

The best way to make BHO Shatter is with a closed circuit machine and a vacuum oven connected to a pump, for safety, speed and for its ability to restore the gas.

We put the weed in the corresponding chamber, close it, turn on the gas, wait a little bit and then recover the gas. We take out BHO and put it in the vacuum oven on a pyrex tray or similar, turn up the temperature to 98.6º F. (37º C.) and switch on the pump. This way we get the Shatter texture without doing anything else, in some cases it takes a day and in others it may take up to a week.

How to make BHO Shatter with vacuum

But not everyone can afford to invest thousands of dollars in equipment for cannabis extraction, so we’re going to explain how to make Shatter in different ways. The technique to get the texture of BHO shatter has more to do with the purging than the way of extraction. In this post you can learn how to make BHO in an easy way, once extracted the ideal is to eliminate the gas with a temperature that does not reach 113º F. (45º C.) and a vacuum pump of at least 1 bar of pressure, but the more powerful the better. At the beginning the extraction is swollen with the vacuum pressure, but as time goes by it will make less and less bubbles, until at some point, where there was air and bubbles, holes are formed, and the concentrate acquires a hard texture that is no longer sticky.

How to make BHO Shatter without vacuum

With the help of a hot plate, time and patience you can also achieve the Shatter finish. BHO is extracted on a pyrex plate to which we have to put baking paper or a silicone tablecloth, trying to make a homogeneous layer. Then it is placed on a heating plate at a temperature between 104 and 111º F. (40-44º C.) and we start purging.

Large gas bubbles will come out at first, which if we pop them we help it get out sooner. Then the bubbles will be smaller and smaller and we will notice that when we blow them they are harder and less sticky. Until a moment comes when they are very small and when they explode they break up into small rigid lumps, at which point the extraction is almost clean.

We leave it at a constant temperature for a few more hours and it may be considered done. You will see that a thin BHO layer remains with a hard and not very sticky texture unless we apply heat to it.

How to make clear BHO Shatter or transparent?

When you extract dried resin from cannabis with a solvent it drags waxes, lipids, chlorophyll and other plant components. In this case it could be called Shatter Wax, as it usually has a dark amber colour.

To achieve a clear or as transparent as possible shatter it is necessary to work with fresh material, and as cold as possible during extraction process. Weed should be put in the freezer freshly cut and an extraction tube with chamber is used to introduce dry ice. This way cold does not allow the solvent to drag away waxes and Shatter concentrate becomes very clear.

With gases like Dimethyl ether it is very difficult, not to say impossible to get a shatter that is not dark. That is because this kind of gas contains components that dissolve and drag away even the chlorophyll, so it is not clear even with fresh weed.

How to smoke BHO Shatter

The best way to consume this kind of BHO is Shatter Dabs. With a small amount you can reach a higher level of psychoactivity in a single puff. And the best thing is that by not mixing it with tobacco the effect is much cleaner and clearer. We recommend to dab Shatter at the minimum temperature to get a better taste of all the terpenes and not to hit our chests so hard, as its smoke can collapse you.

How Cannabis Shatter and Wax Are Made

Manufacturers typically use light hydrocarbon extraction to produce butane BHO products like BHO shatter and BHO wax. Both shatter and wax use similar methods of extraction with a few variances that lead to a different consistency and texture. In closed-loop equipment, butane is pushed through the starting material to separate cannabis resin from buds, stems, or leaves.

During extraction, temperature changes lead to different concentrate forms. For example, shatter is made using higher temperatures during the butane extraction process, while wax uses lower temperatures that don’t allow the wax to harden. When making wax, the product is agitated to produce a crumbly extract, unlike shatter that is not agitated.

Slight differences in production cause huge molecular variability in the final product’s consistency. Without agitation, shatter’s molecules are stacked neatly in rows on top of the other. This molecular alignment allows shatter to have a transparent appearance and glass-like characteristics. Disrupting or agitating the molecules, on the other hand, creates irregular and opaque structures that result in marijuana wax.

Agitation during the production process can be achieved in multiple ways. Extraction technicians can raise the temperature during the extraction process, or choose to whip the oil and place it under a vacuum oven at the same temperature. These techniques disturb the molecules, which starts the process of nucleation and leads to a non-translucent wax extract.

How to Use Shatter and Wax

Shatter and wax can both be consumed with a desktop or portable dab rig. A dab rig is essentially a bong for concentrates. Instead of having a bowl piece to load in flower buds, dab rigs feature a dab nail that can be heated up with a blow torch or a controller box that delivers the desired amount of heat through a coil that connects to the nail.

Here’s a quick step-by-step guide to using shatter and wax in a dab rig:

Shatter and wax can also be used with smokeable products such as packed bowls, joints, blunts, moon rocks, and more. For example, some users top off their bowls with a dab of shatter or wax to get a bigger high. Users can also add a trail of shatter or wax along the inside or outside of a joint, known as a “twaxed” joint. Users can lightly heat hard concentrates like shatter to make them more pliable and easier to work with.

In a cannabis market that’s increasingly favoring concentrates over smokeable products, commercial-scale extraction equipment like Luna Technologies’ IO Extractor is designed to produce high volumes of shatter, wax, and more extract types. The automated IO Extractor can process up to 18lbs per hour of raw material with the push of a button. Our patented closed-loop system delivers extremely high-quality products and when you follow a proper vacuum purge processes should leave you zero residual solvents in your shatter, wax, or other oil-based products.

Our light hydrocarbon extraction equipment is able to handle pre-programmed recipes to produce a range of different extracts with varying consistencies and textures including BHO shatter and wax. Our equipment is approved for use in 12 states giving manufacturers the opportunity to scale across markets. Luna Technologies allows operators to produce the best quality shatter and wax with ease.