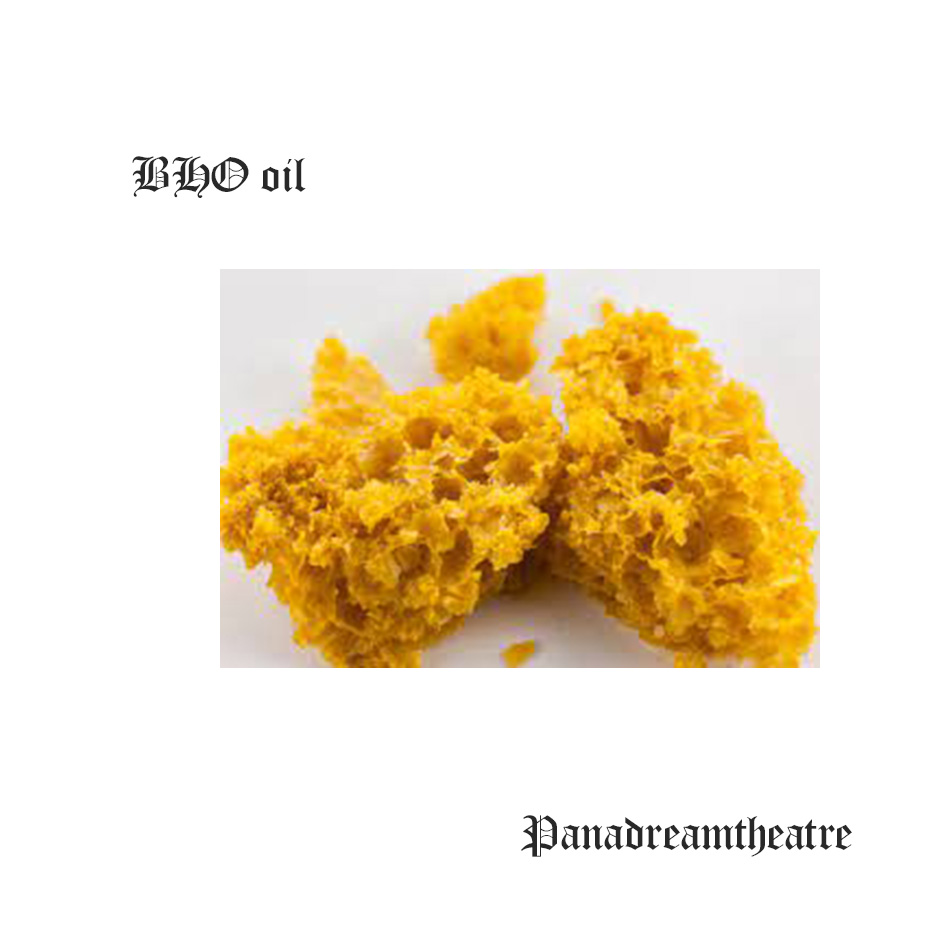 BHO stands for butane hash oil. It is a potent form of cannabis concentrates that comes in various consistencies including budder, shatter, wax and more. The name comes from the fact that butane is the solvent used to extract the oils from cannabis.

There are dangers involved with using butane to extract, including a risk of explosion. Not to mention, any pesticides, mold or other contaminants that were in the processed weed will end up concentrated in the extract. This means there are risks to both extractors and consumers.

To ensure your safety, the task of making BHO is best left to experts with the proper materials and equipment. There are a lot of errors that can be made during the extraction process that will lead to contaminants in the extract even if the flower used was clean. So if you are a consumer, you’ll want to make sure your butane hash oil is coming from a reliable source.

How Is It Extracted?

Plant material is loaded into a tube and it is soaked in butane as a solvent to separate the oils out. However, there are more than one ways to make butane hash oil.

The original method of making BHO, which commercial extractors have stepped away from, is called open blasting.

Open blasting is an outdated technique that is considered both dangerous and wasteful. The danger comes from the fact that there is nothing to contain the flammable solvent. As a result, any ignition near where you are open blasting will result in a fiery explosion.

There are advantages of closed-loop systems other than having no openings for flammable gas to leak out of. All solvents are filled into a pressurized tank then attached to the extraction tube where all the plant materials are held. It’s worth noting that even though a closed-loop system is safer than open blasting, safety checks, precautions and measures must be taken to ensure nothing goes wrong. Seemingly small issues like a blown gasket can cause much larger issues.

The next advantage is the fact that solvents can be reused. Residual solvents collect in the recovery tank where they can be stored and recycled.

How To Consume It

Consider this a warning, if you are not a heavy cannabis consumer and you have no experience with cannabis concentrates, start slow. They call consuming extracts “doing a dab” for a reason. You only need a “dab” or a small amount to feel the potency.

The most common way to consume BHO is with the assistance of a torch flame, dab rig and nail. Most modern concentrate users prefer low temp dabbing with the addition of a carb cap. E-nails are a great way to enjoy the advantages of low-temperature dabbing without the need for a torch or butane. An e-nail usually consists of two parts: the controller where you can adjust the temperature and the heating element that wraps around a nail.

When BHO first gained popularity, titanium nails were used to drop super hot dabs, seconds after the nail is torched. Since then, dabbing has evolved to more effectively vaporize cannabis oils with minimal compromise to the flavor.

Butane hash oil, or BHO for short, is a specific type of cannabis concentrate made using the chemical solvent butane. BHO extracts can be either hard and glass-like, soft and waxy, or a sticky, stretchy in-between. Because BHO can vary so widely in appearance and texture, they may go by other names such as “honeycomb,” “crumble,” “icing,” and other descriptive monikers. BHO is most commonly consumed via dabbing.

What is butane hash oil (BHO)?

BHO, or butane hash oil, is a cannabis concentrate produced using butane solvent extraction. The butane separates cannabis compounds from the plant, resulting in a concentrated oil containing THC, CBD, and other chemical constituents, and leaving undesirable plant material behind. The resulting hash oil can range in potency, but may reach heights of 80-90% THC.

Butane hash oil can vary widely in color and appearance. Typically, it ranges between a light gold to a dark amber color. Some BHO is hard and translucent, called “shatter,” but it may also be soft and wax-like, hence the term “wax.” BHO can also fall somewhere in between, in a sticky, stretchy form sometimes called “pull-n-snap.”

Most consumers buying BHO intend to enjoy it by dabbing, a consumption method that involves flash vaporization using a specialized water pipe. However, BHO may also be added to bowls of cannabis flower or used to enhance the potency of joints and blunts.

How is butane hash oil (BHO) made?

BHO cannabis extracts are made using butane, a chemical solvent. Professional extractors use what is called a “closed-loop system” that allows the butane to travel through cannabis plant material in contained chambers, preventing the flammable solvent from entering the air. The butane separates marijuana’s essential compounds like THC and CBD and forms a potent oil that may be further refined.

Producing BHO at home is incredibly dangerous and not recommended because butane is highly flammable and can cause explosions.

Because BHO is made using chemical solvents, some question whether it is safe to consume. Regulated cannabis markets require all cannabis concentrates to be tested for traces of butane to ensure that every product on legal shelves has been adequately refined for purity and does not exceed the legal limit of residual solvent levels.

The most serious risk associated with BHO is not related to consumption, but rather, production; clandestine home setups that lack proper ventilation and closed-loop systems have been the cause of several explosions, some of which have been lethal.

Another danger associated with BHO is the use of butane torches used to heat dab rig nails. These torches should be used with caution, or alternatively, you may consider investing in torch-free dabbing setups like e-nails (electric nails).

BHO is a potent concentrate that should be approached with caution by cannabis novices. When dabbed, BHO can bring on intense effects that can lead to dizziness, anxiety, or other psychological distress. It’s a good idea to only dab when seated and to have a comforting environment to retire to in case the high becomes psychologically challenging.